Home » Main News » 2 years from the floods in Skopje 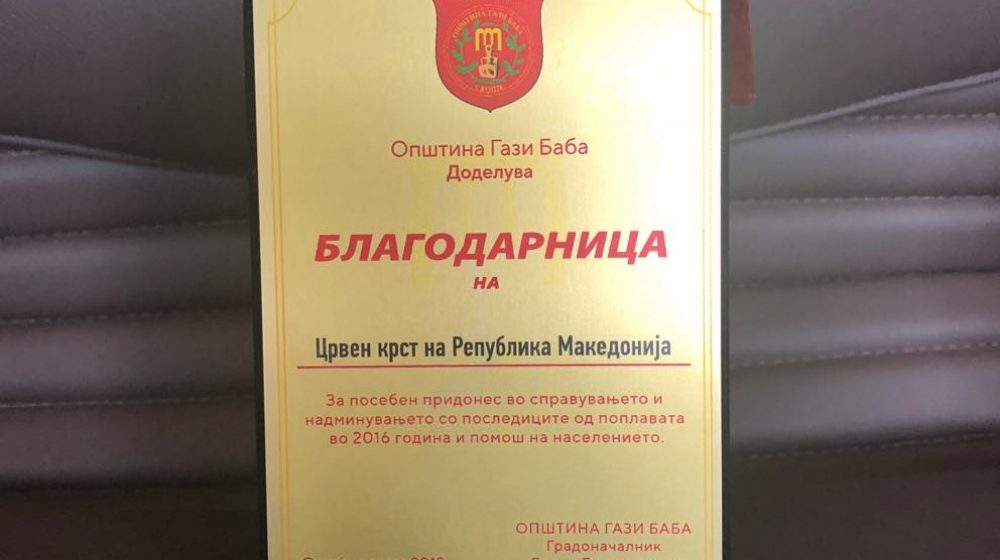 2 years from the floods in Skopje

Skopje, today, on 6th of August, 2018 marked two years from the big storm that happened nn 6th of August, 2016, when the Skopje region was hit by heavy rainfall and strong wind which caused floods that killed 22 people, and affected the people from the villages of Singelic, Stajkovci, Smilkovci and Aracinovo.

Storms and flood waters caused fallen trees, damaged homes and power outage. Citizens from all over the country coordinated by the Macedonian Red Cross, and all relevant stakeholders helped to collect the most necessary humanitarian aid for the affected population. About 1000 citizens were evacuated, and 8th of August, 2016, was declared a Day of Mourning in Republic of Macedonia.

On this occasion, the mayor of the municipality of Gazi Baba, Mr. Boris Georgievski, under the motto “Let’s not forget and never again”, awarded more than 200 certificates of appreciation to institutions, public enterprises, companies, associations, citizens and volunteers who voluntarily helped during the floods. The Macedonian Red Cross received a certificate for gratitude for its role in the aftermath of the disaster.