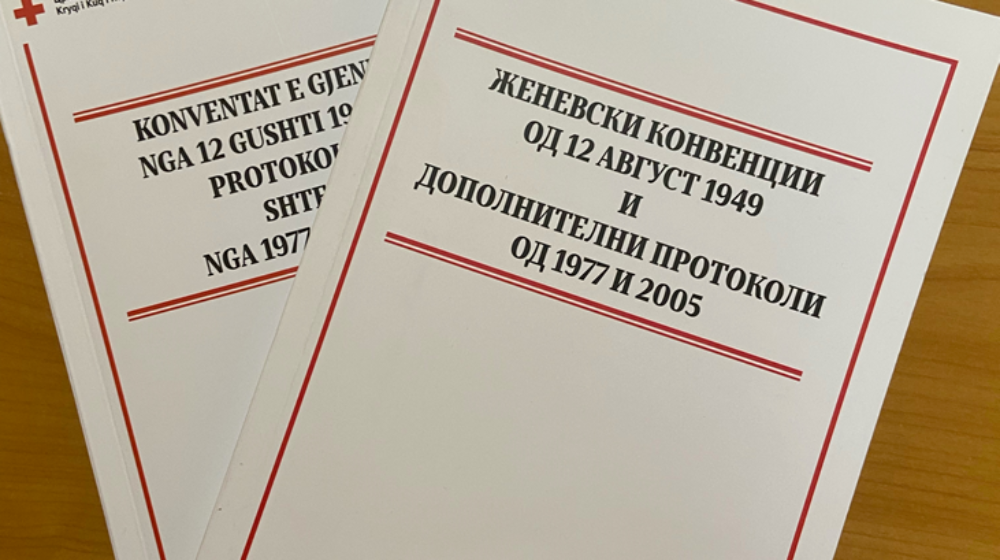 44 YEARS SINCE THE DRAFTING OF THE TWO ADDITIONAL PROTOCOLS

International humanitarian law (IHL) is a set of rules intended for humanitarian reasons, to limit the effects of armed conflict. IHL protects persons who are not or no longer taking part in military activities and restricts the means and methods of warfare.

International humanitarian law applies only in situations of international and domestic armed conflicts.

The four Geneva Conventions of 1949 and the two additional protocols of 1977 are the main sources of international humanitarian law.

The close connection between the Red Cross and Red Crescent Societies and the Geneva Convention, which many call a convention of the red, happened because they discovered that conventions were applying to one of the fundamental principles of the Red Cross – humanity.

Each of the four Conventions is relating to a particular topic and category of protected persons.

First Geneva Convention applies to improving the situation of the Wounded and Sick in Armed Forces in the war and contains rules to protect the sick and wounded of the warring parties and other groups, medical missions of the armed forces and national Red Cross and Red Crescent societies or other volunteer organizations that provide humanitarian assistance are recognized by their governments to participate in the country during the armed conflict.

Second Geneva Convention applies to improving the status of the wounded, sick and shipwrecked at sea armed forces and contains rules to protect the sick and wounded castaways members of the warring parties and other groups, military hospital ships and their personnel and crews, hospital ships used by national Red Cross and Red Crescent societies or private persons who are recognized by their governments to participate in activities during the armed conflict at sea.

For the first time in an international treaty explicitly states that civilians may be directly attacked. It contains provisions for civilian medical missions and for sick and injured persons, civil defense, fundamental judicial guarantees, and rules of behavior in hostile action.

Modern wars result in an increased number of victims among the civilian population and today domestic armed conflicts constitute the majority of armed conflicts.

Second Additional Protocol applies to all armed conflicts taking place in the territory of a state that has signed the Protocol between the national armed forces and other organized armed groups if:

Conventions and their Protocols must be fully incorporated into national laws to be applied by the domestic legal instruments. In some countries, international law obligations automatically become part of domestic law, and in other countries require explicit domachna legislation to that effect. Especially must adopt legislation to prevent the emblem and to ensure the perpetrators of gross violation of international humanitarian law are brought to justice.

The Macedonian Government on August 25, 1993 has accepted the Geneva Conventions and Additional Protocols.

North Macedonian Red Cross is the seat of the National Committee for International Humanitarian Law, established by Conclusion and Decision of the Government, within which include representatives of the ministries of foreign affairs, defense, justice, education, culture, health, finance, labor and social politics, interior the General Secretariat of the Government and the Macedonian Red Cross.

North Macedonian Red Cross develops a program to disseminate IHL and in accordance with provisions of the Law on Macedonian Red Cross, is obliged to inform the population of the Geneva Conventions and the Additional Protocols and perform tasks stipulated by the Law.

This mini dissemination of IHL is to mark the 44st anniversary of the adoption of the Additional Protocols of 1977 to the Geneva Conventions of 1949. 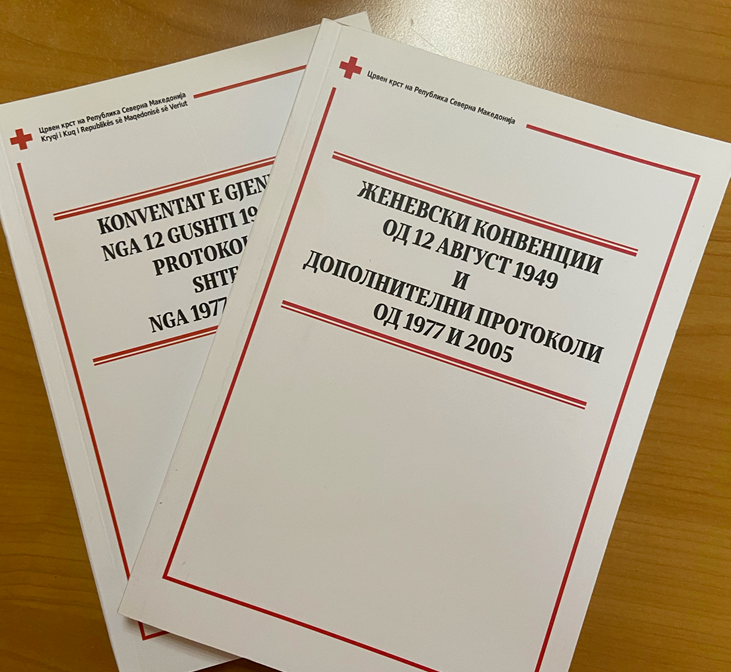