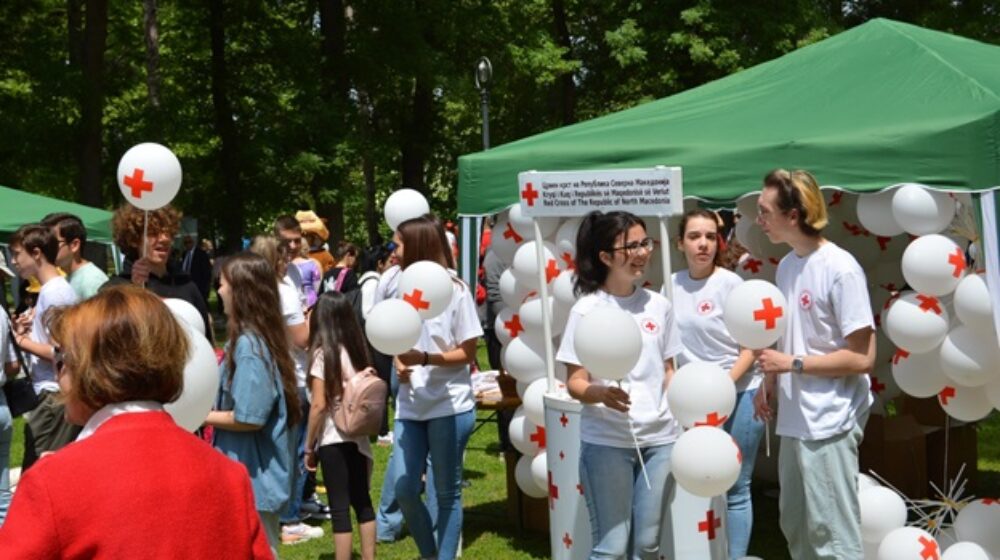 The World Red Cross and Red Crescent Day was marked on May 8th in the City Park “Shkolka” in Skopje, in honor of the founder of our Movement, Anry Dunant, who was born on May 8, 1828. On this occasion, 192 national Red Cross and Red Crescent societies around the world are organizing activities to remind us of the importance of the fundamental principles and values ​​of the Movement and to express our gratitude and appreciation to all our volunteers and supporters for their support to the Red Cross. From today until May 15, the Red Cross of RNM traditionally marks the Red Cross Week with a series of activities throughout the country.

The event was opened by the President of the Red Cross of RNM, Prof. Dr. Romel Velev who stated: “May 8th – We mark the World Red Cross and Red Crescent Day under the motto: Be kind. We want to remind people of one of the core values, the meaning of kindness and humanity, of all those small and big deeds that do make us people and that make a positive difference in the lives of people who need support. “There is no person who remains indifferent when someone shows him kindness and humanity, but also each of us is filled with a wonderful feeling when he/she does something nice for the people around us.”

The Red Cross of RSM also developed a post stamp which was promoted by the director of Post Office of North Macedonia Vasko Stefanov who expressed great satisfaction with the current cooperation between these two institutions.

On the occasion of May 8th, the Secretary General of the Red Cross of RNM, PhD. Sait Saiti, officially launched the Red Cross campaign for promotion of first aid, which will be implemented under the motto “First aid saves lives.” In frames of the campaign, the Red Cross will conduct free first aid trainings aiming to reach 25,000 students from primary and secondary schools. The campaign will be organized by the Red Cross branches throughout the country.

The Secretary General of the Red Cross added that this is one of our additional ambitions, as the Red Cross aims to contribute for the safety of the students to properly cope with situations at risk and accidents. We think we can help improve our health culture by setting a good example for others.

The Minister of Health, Dr. Bekim Sali, also spoke at the promotion of the campaign, emphasizing that the Ministry is a supporter of the training for students, describing it as an important and humane project in which students will be involved.

The campaign will be also supported by the Ministry of Education and Science, on which occasion the State Secretary of the Ministry Aneta Trpevska, MA emphasized the good cooperation with the Red Cross and stressed that the campaign would contribute for raising awareness of the students to be able to provide initial care for the injured persons at the scene of the accident. 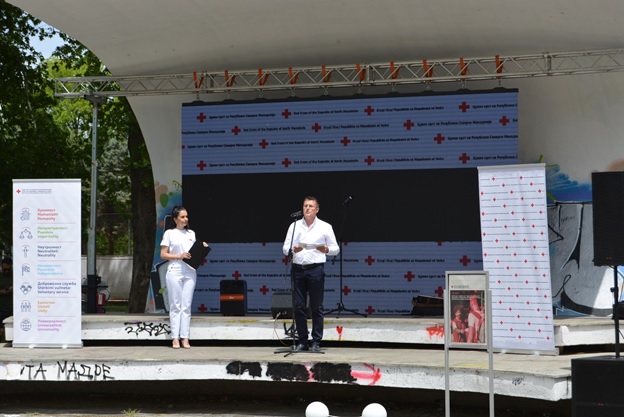 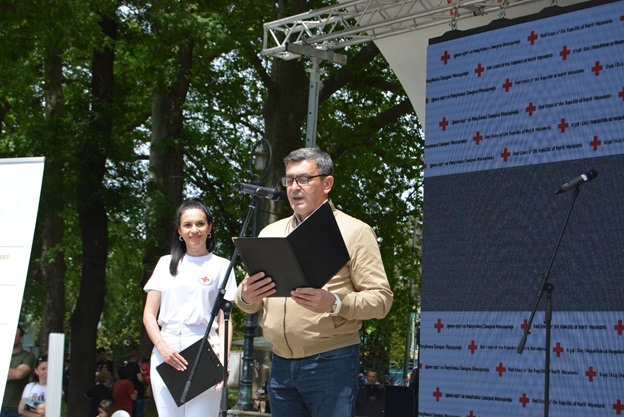 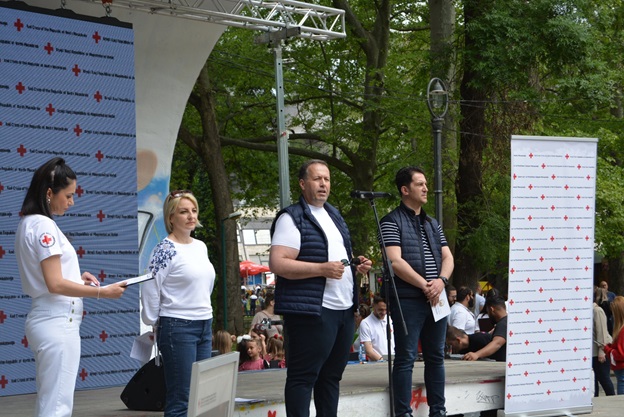 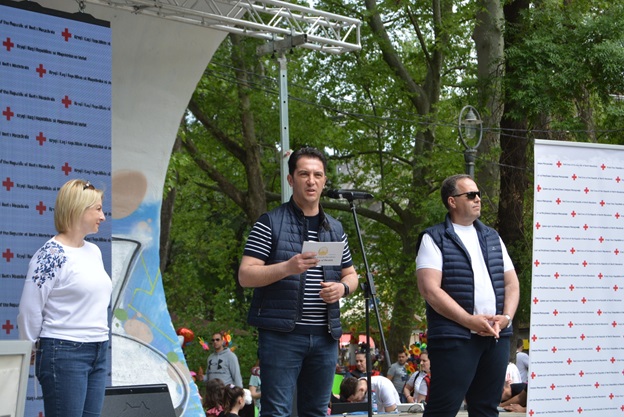 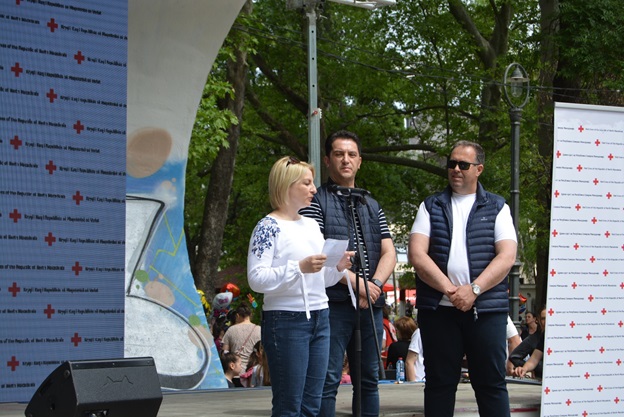 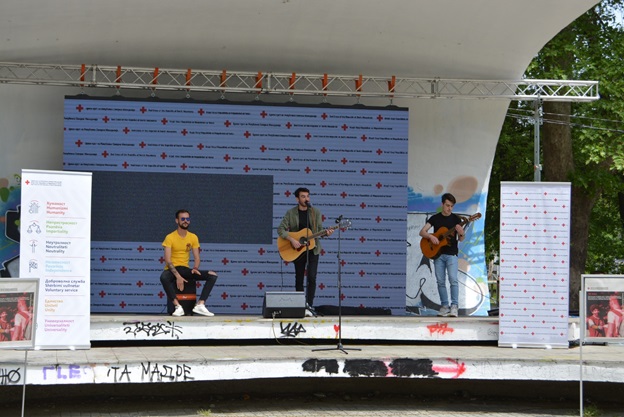 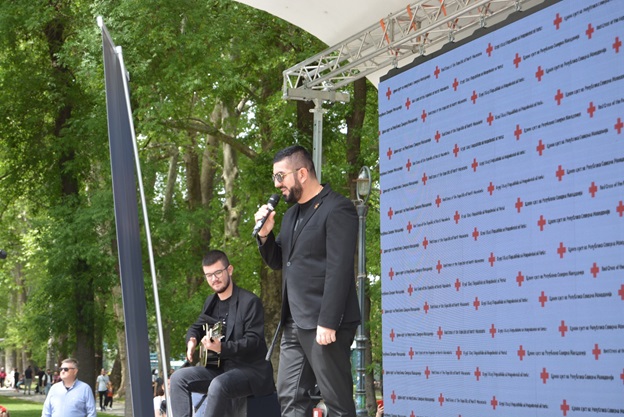 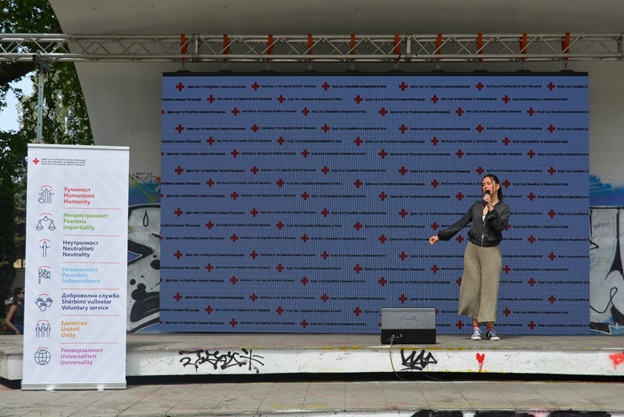 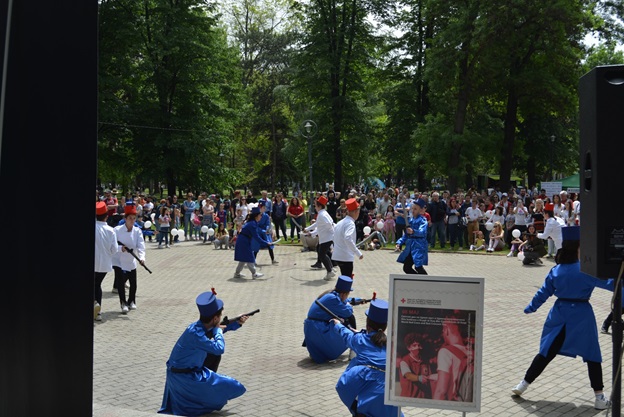 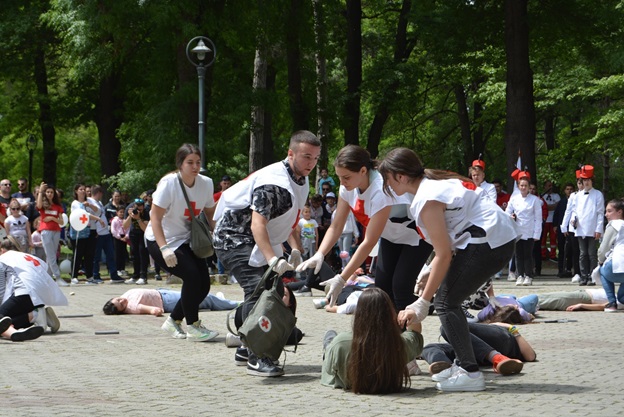 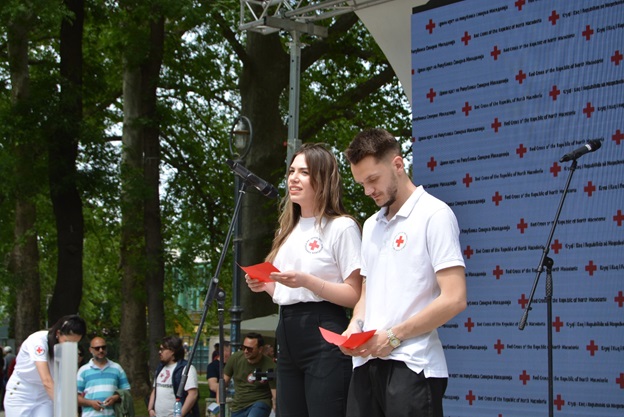 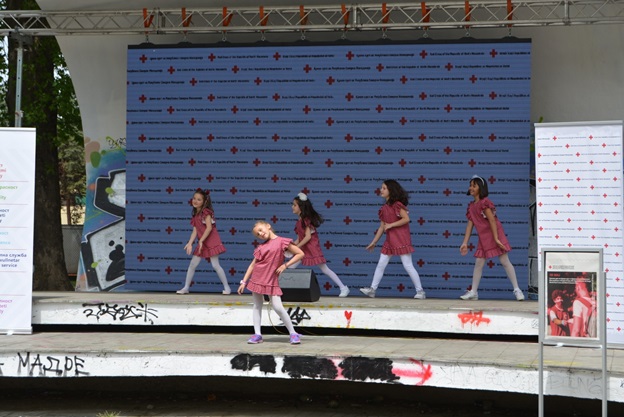 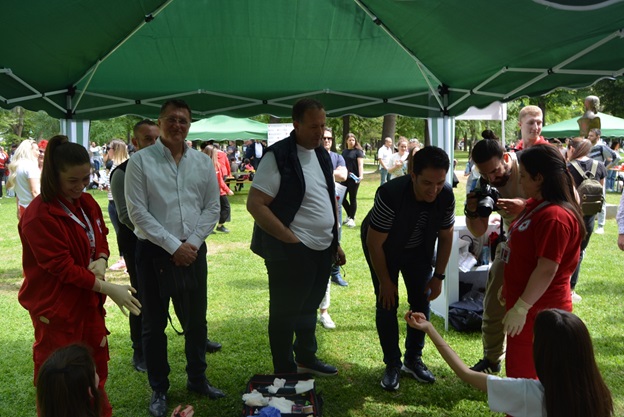 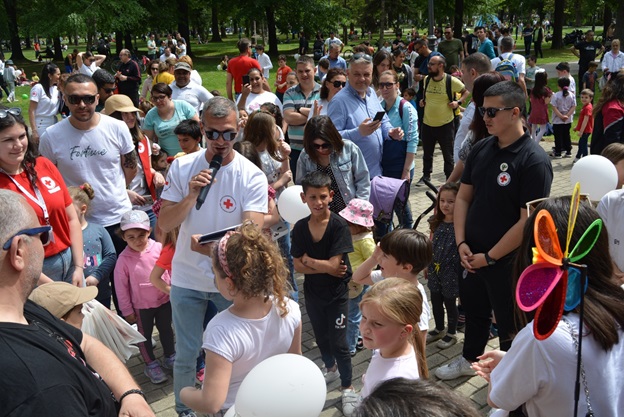 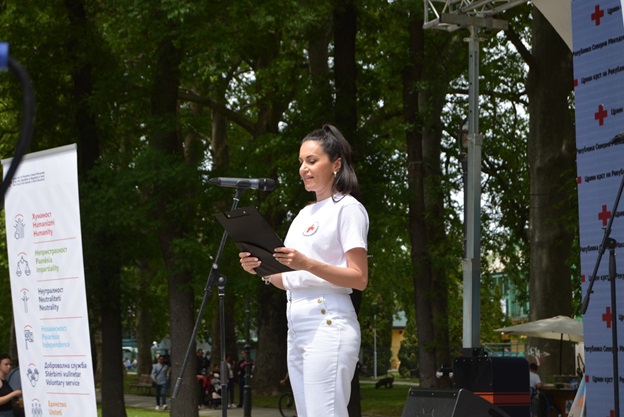 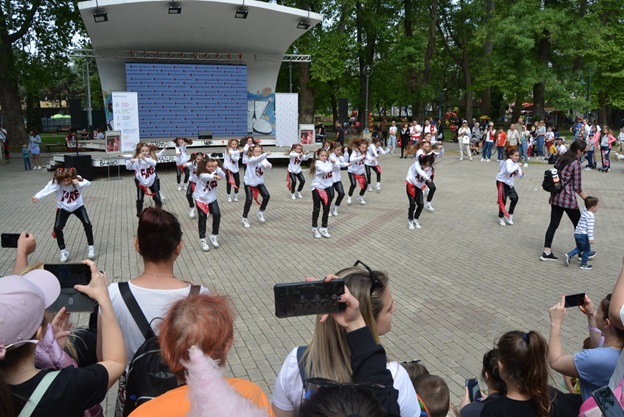 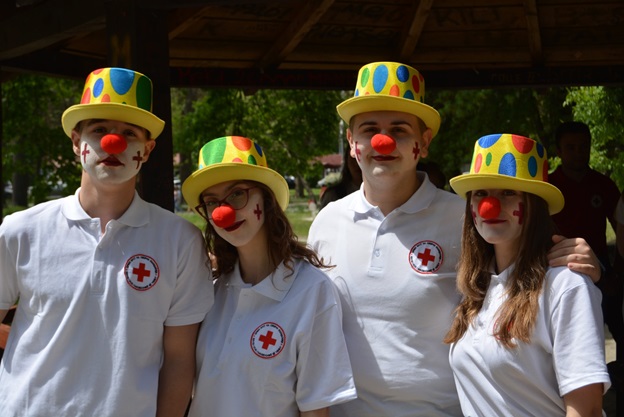 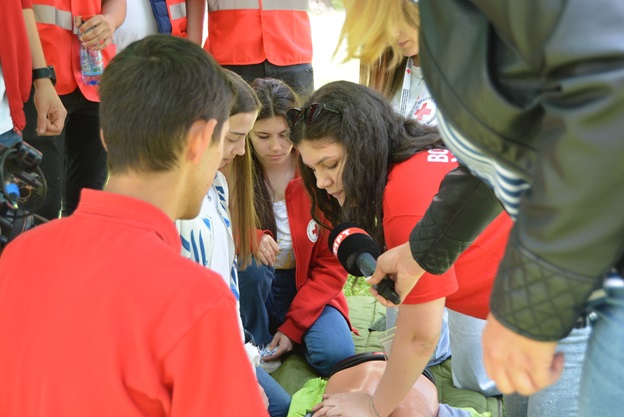 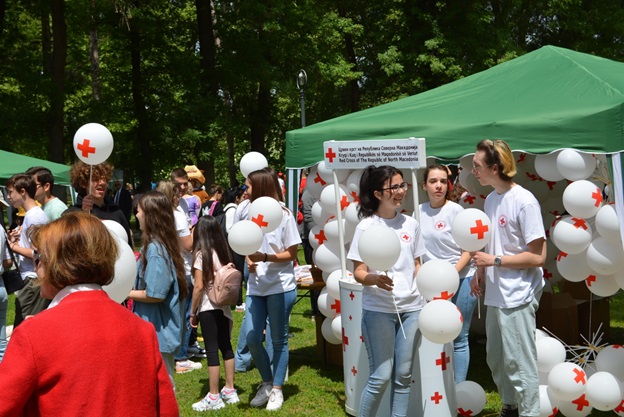 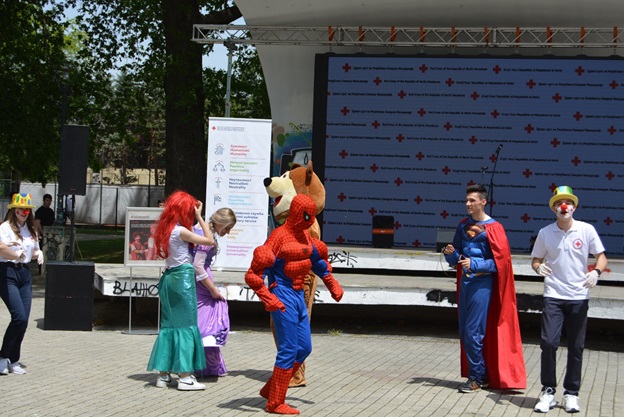 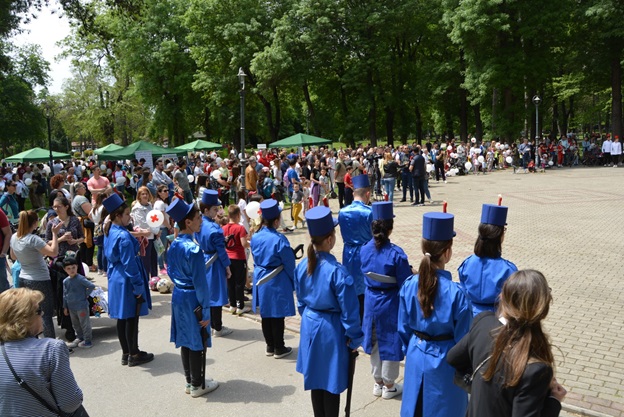 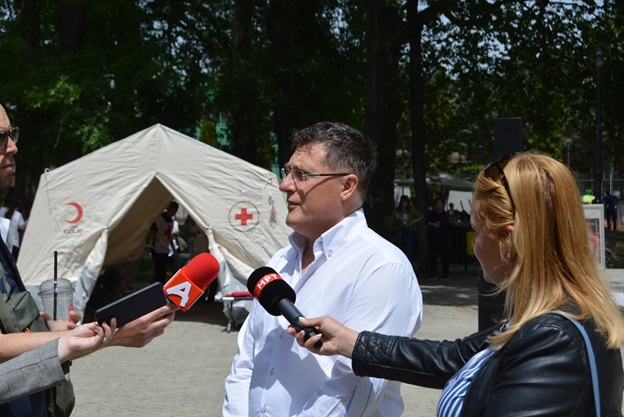 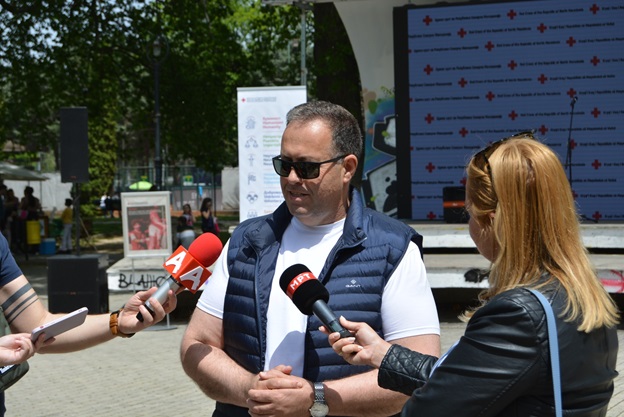