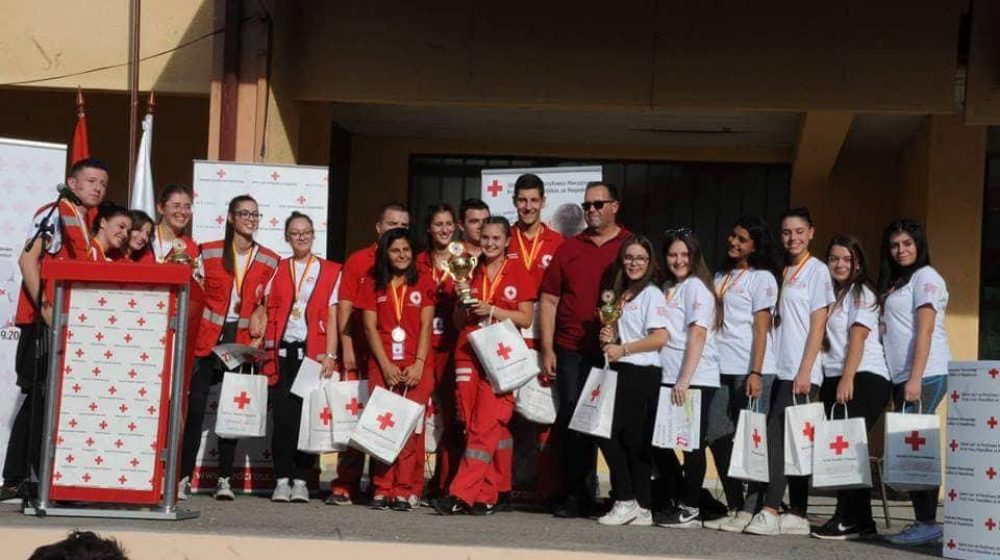 28 teams of young people from all Macedonian Red Cross branches attended the competition. The competition was held in two trajectories A and B, which consisted of 7 bases, 4 of which were intended for the first aid part, two had recreational character and 1 was intended for the dissemination part. This year the motto of the National competition “You don’t have spare lives. Learn first aid” marked the World First Aid Day, with accent on traffic accidents.

In the category of dissemination, which also happened to have a competitive character, the winner of the first place was the team from Radovish.

Gifts were given to the winning teams, in order to motivate them to continue their enthusiasm and contribution in the field of first aid.

We thank all of those who have shown their great skills regarding first aid there where it is most needed. The Macedonian Red Cross and the branch of Kicevo thanks all of the participants who have contributed for the successful realization of the 27th National competition of First Aid.