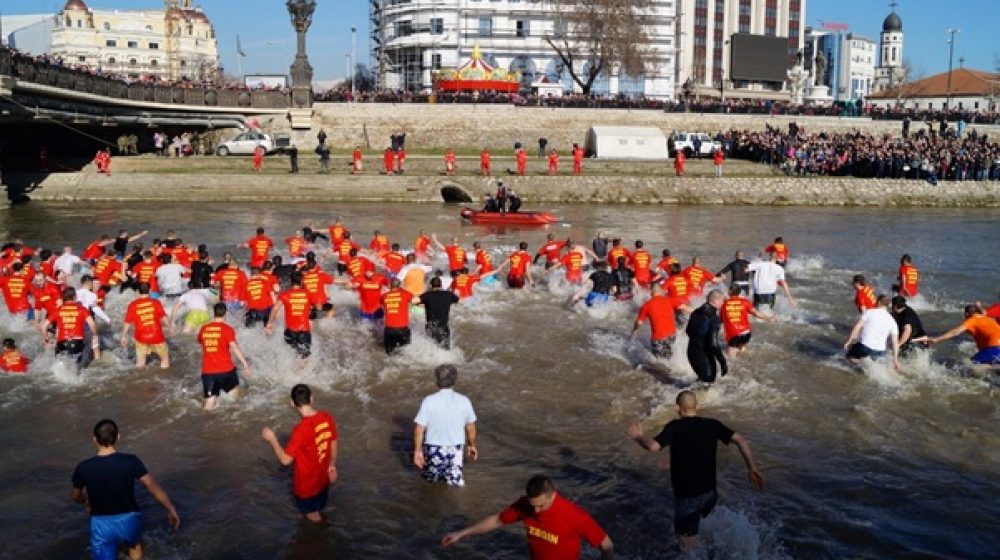 Traditionally, the Red Cross this year also was included support in the organization of the religious event Bogojavlenie Vodici.

The main ceremony this year was held at the Freedom Bridge, attended by around 160 pilgrims. Taking into account the low temperatures and the erratic water level of the Vardar River this year was a challenge for the successful and safe conduct of the event, both for the Red Cross teams and other stakeholders.

This year the Red Cross participated with 55 volunteers and employees of the City Red Cross of Skopje. All our critical points that were recorded in the previous years were covered by our teams. For the safety of the participants in the water, teams of the Water Security Center were tasked with the installation of a system of ropes and a rescue boat with neoprene rescuers together with the Mountain Rescue Team, which were ready to remove potential drowned people from the cold waters of Vardar.

Teams of the Disaster Response Team provided logistic and medical support to the event through the setting up of triage centers and the support of rescuers from the coast. Taking into account all stakeholders, the event went well. Medical teams have intervened 7 times. 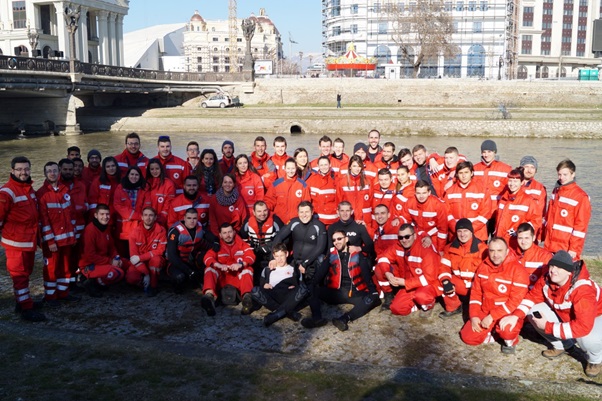 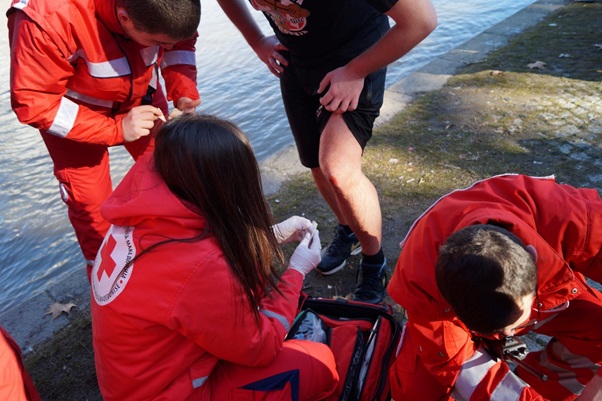