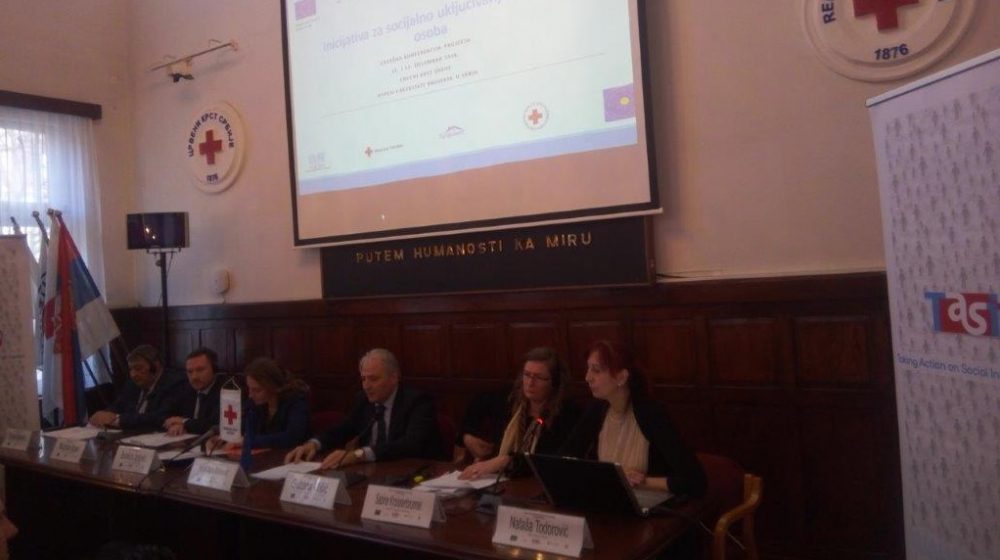 A regional conference organized by the Serbian Red Cross was held in Belgrade on December 11-12, 2018, under the Regional Project “Initiative for Social Inclusion of the Elderly in the Western Balkans”. The purpose of the conference was to complete the three-year implementation of the project activities coordinated by the Serbian Red Cross and implemented in five countries in the Western Balkans, Serbia, Macedonia, Albania, Montenegro and Bosnia and Herzegovina. In Macedonia this project was realized through the Macedonian Red Cross in a joint partnership with the association Humanost. The project is funded with the support of the European Union, the Austrian Development Agency and the Austrian Red Cross. The President of the Serbian Red Cross Phd. Dragan Radovanovic, addressed, as well as representatives of the European Union Delegation in Serbia and the Austrian Embassy in Belgrade. During the conference various representatives spoked on various topics, issues related to age and aging , representatives of relevant ministries from Serbia, a representative of the United Nations human rights team in Serbia, representatives of the international organization HelpAge International, representative of the International Federation – Regional Office for Europe, responsible for the programs for health and social care of the elderly, as well as representatives of the project partners The project with implementation began on February 1, 2016 in response to the countries in the Balkans for demographic aging, in order to strengthen the capacities of the civil sector to provide support to the elderly for better social inclusion and participation in creating public policies of importance for their position. The activities of the project included strengthening and establishing networks of civil associations in order to strengthen their capacities for advocacy and adoption of strategic plans, research on social inclusion of the elderly in all five countries, public campaigns based on the prepared analyzes of the surveys for better involvement of the elderly in the social decision-making processes, trainings of the elderly in the communities on the topic of their rights and the manner of advocacy for exercising their rights, as well as the support of citizen associations and for the implementation of small initiatives for the involvement of the elderly in the communities. At the conference, were shared the achieved results from the project implementation in the five countries. At the conference from Macedonia attendet representatives of the Macedonian Red Cross, the Institute for social activities, as well as two representatives of the members of the network InkluzivaM, from the Association Justica and the Association for Alzheimer’s Disease took part. At the conference, a presentation was made of the results of the implemented project activities in Macedonia, as well as presented positive practices from the realization of the small projects for social inclusion of the elderly in the communities. At the end of the conference, proposals were made for sustainable development of the networks in the five countries, and was announced the possibility for future application on the Regional Call for the European Union, which is expected to be published next year.