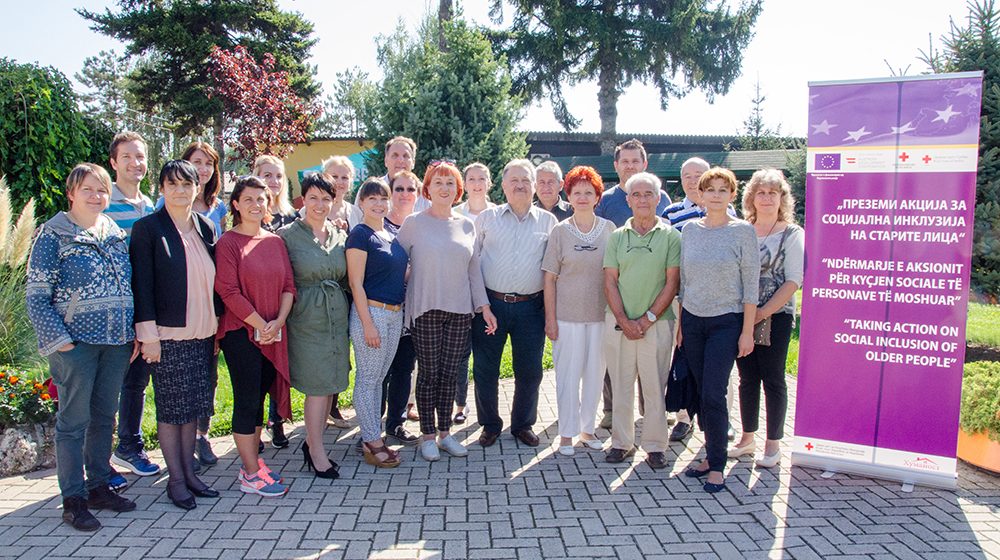 The project is financed
by the European Union

Macedonian Red Cross and NGO Humanost in the frames of the Regional project “Taking action for social inclusion of older people”, financed by the European Union, from 14-16 September in the Center Solferino in Struga has held a Workshop for provision of knowledge on evidence-based advocacy and define research priority areas.

The goal of the workshop was the members of the InkluzivaM network to gain certain knowledge based on evidence for research on National level for gathering and evaluation of data that will be used as basics for development of advocacy strategy, as well as concrete advocacy activities.

For the meeting there were representatives of the Macedonian Red Cross, Humanost, Allience of pensioners of Republic of Macedonia, University Third age Skopje, alliance of people with Altzheimer disease, Justicia, Union for development of the Roma population Sumnal and the Local development agency Struga. Contribution was also given by the representatives from the Ministry of labor and social policy, City of Skopje, Institute for public health, Institute for social work and social policy and UNFPA.

At the workshop the report from the analysis of the situation in Macedonia was presented, the strategic documents and policies that are treating the issue of population aging in Macedonia, as well as the capacities of the civil society organizations in the country for advocating on certain priority issues and research objectives that are the following step for the implementation of the project activities of the network not just in Macedonia, but also in the other countries that participate in the project: Serbia, Albania, Monte Negro and Bosnia and Herzegovina.