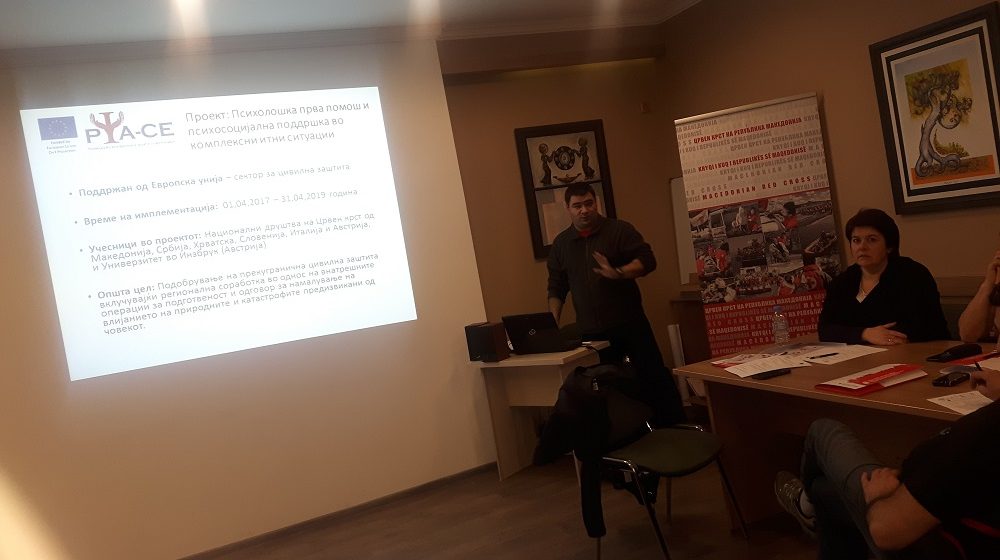 In the period  from 22-24.03.2019 in Solferino, the  training Center in Struga, was held a workshop for sharing results and developing a further concept for strengthening the capacities of the National Society in the framework of the project “Psychological first aid and psycho social support in emergency situations “financially supported by the European Union through the Austrian Red Cross.

The workshop was attended by a total of 29 representatives from the Headquarter of the Macedonian Red Cross, the City Red Cross of Skopje, the Red Cross Branches of Veles, Bitola, Ohrid and Kriva Palanka, who had the opportunity to share experiences for psychological first aid and psycho social support activities as well as were informed about the results of the project.

During the workshop were presented achievements within the project from the beginning of the implementation in 2017 . Subsequently, psychological first-aid and psycho-social support for users, employees and volunteers of the Red Cross and spontaneous volunteer management were also presented. Following the presentation of the tools, a wider discussion led by the Secretary General of theMacedonian Red Cross, Phd. Sait Saiti was held, after which conclusions were drawn on the further development of the program activities of the National Society in terms  of psychological first aid and psycho social support. 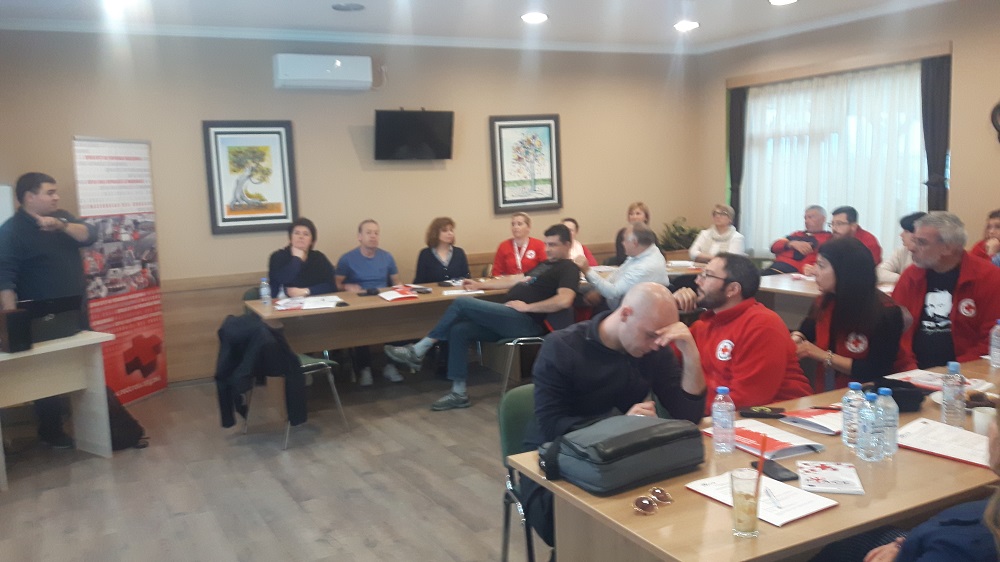