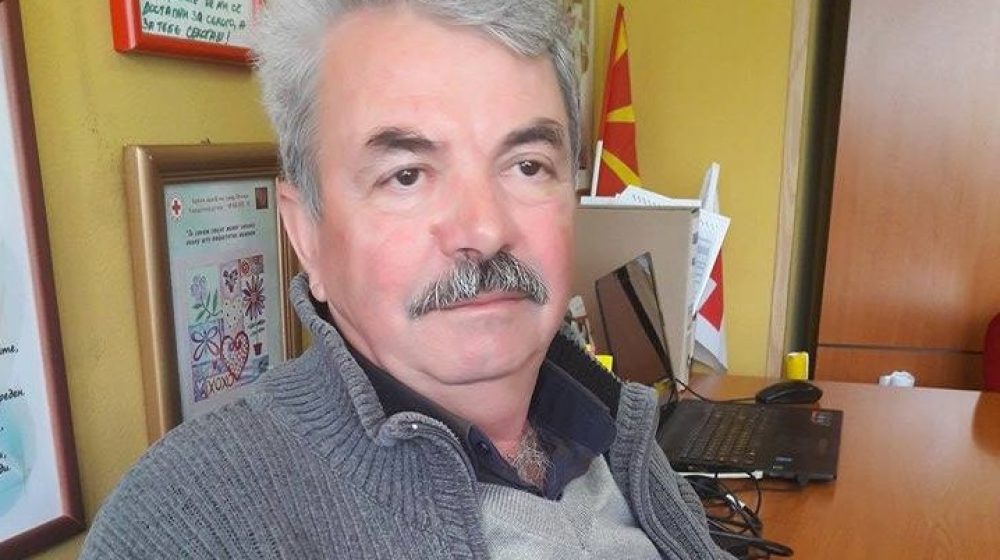 Vasil Apostolov is a volunteer in the Red Cross for 55 years. A whole life. He was born in Stip, grew up in Skopje, the Red Cross enabled him to have friends all over the country. He participated in many youth actions, and in 1974 he was also a youth delegate from Macedonia in the Assembly of the Red Cross in former Yugoslavia. He says he has many memories, for many people, of many actions and activities. It will never forget the floods in Madzari in 1979, when the Vardar River was flooded and when the Red Cross, through its own network of volunteers, was equipped to help. “Food was distributed through neighboring communities,” he says, “everyone was  helping.” Love in the Red Cross for him is tracing services and says it was difficult during the Bosnian crisis when there were not many ways of communication and when people wrote and sent letters through the services of the Red Cross. “I rejoiced with each of them when they received news about their family. Hard times. Now it’s easier, there are phones, various applications and people are in constant communication, Apostolov said.

“You need to volunteer, there is need to help , it makes the person better and more humane” –  our uncle Vasil.