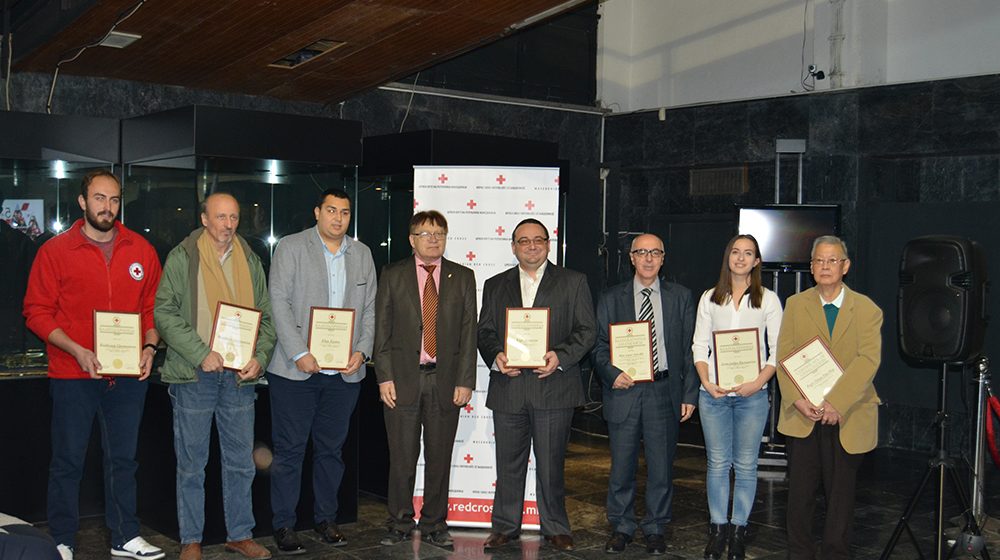 Macedonian Red Cross like every year has marked the 5th December-World Day of volunteering that is celebrated by over 17 million volunteers of the Red Cross and Red Crescent Movement. The official event was held in the premises of the Museum of the City of Skopje. Volunteering represents important segment of the communities around the world. The contribution of the volunteers improves the lives of the vulnerable population and the lives of the volunteers themselves and their communities.

In the ceremony the President of the Macedonian Red Cross Dr Milcho Trajkov has awarded with certificates of appreciation for volunteer achievements and special contribution for implementation and achievement of the Macedonian Red Cross goals and tasks to:: Roger Doan Van Hay, Vladimir Cvetkovski, Aleksandra Vasilevska, Edin Halim, Kire Donovski, Marjanco Angelkovski and Faik Alili. 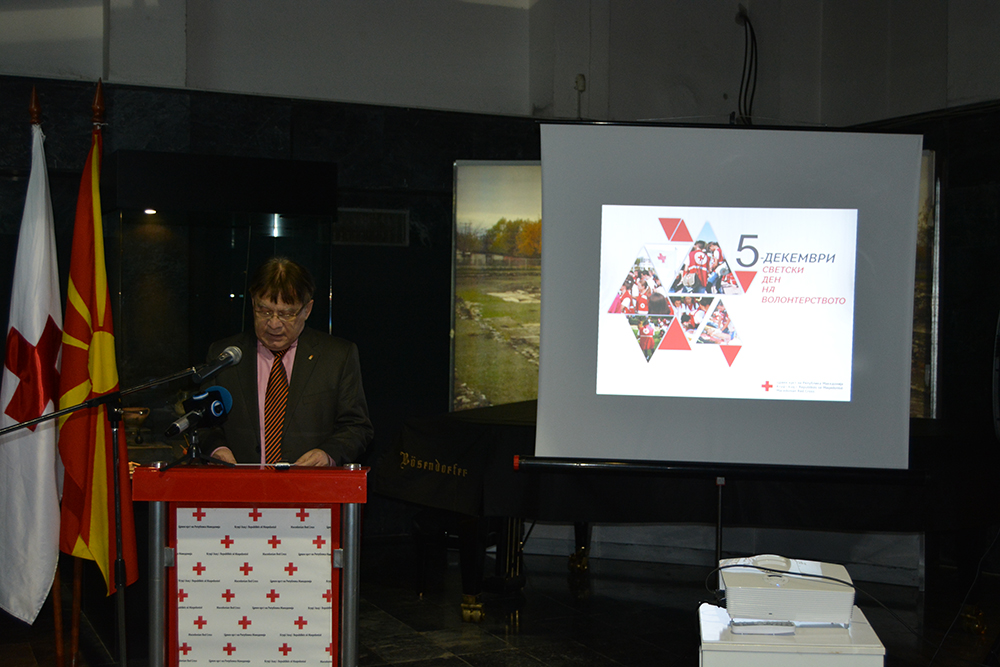