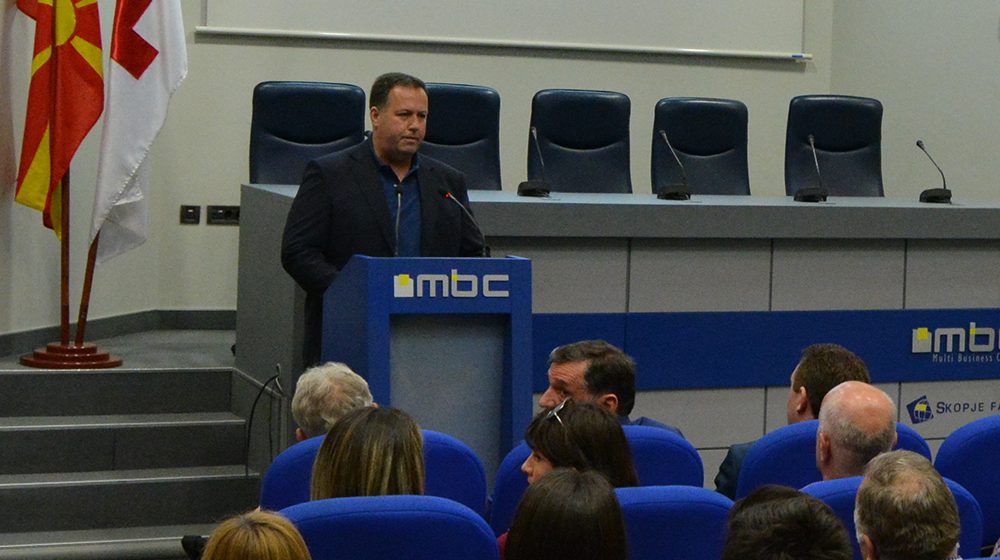 AWARDED DONATIONS FOR PRIMARY SCHOOLS IN FLOODED AREA IN SKOPJE

Representatives of the local self-governments the municipalities of Gazi Baba and Arachinovo,

Representatives of the educational institutions,

Dear representatives of the media,

This year Macedonian Red Cross is marking the 72nd anniversary of its foundation and 22nd anniversary of full-fledged membership in the International federation of Red Cross and Red Crescent Societies. Over the years our organization responded to different challenges, and dealt with human destinies, with joy and happiness of the people and the power of humanity mobilized our communities to respond to all the challenges in order to make our communities stronger and better places for living.

In the last several years we are witnessing the devastating effects of the natural disasters in the country and the region. The natural disaster from last year unfortunately will be remembered after the numerous casualties and the big material loss. We all had a chance to show our solidarity, humanity and understanding towards the affected population. Immediately after the floods in Skopje and Tetovo region we mobilized our human and material resources.

We would like to express most sincere gratitude to the citizens of the Republic of Macedonia, to the companies and our supporters, to the national and international; organizations and governments.

In this regard, allow me to express gratitude to the Austrian Red Cross and the Austrian Government which enabled support for the protection of the dignity of the affected families by providing financial assistance to 320 most vulnerable families through the project „Early recovery and resilience”. In frames of the project we undertook also activities and workshops with the children, teachers and parents. The total amount of the project was 539.000 euros. The project support enabled hope for many people to better cope with the consequences.

I would also like to express most sincere gratitude to the German Red Cross which provided todays’ donation as well as many other donations in the past, which ensured improvement of the operating conditions of the primary schools in the affected regions.

The natural disasters obviously cannot be predicted. But they always represent a catalyst for mobilization of the communities and for expression of the humanity in action. We have once again confirmed the ideals and the objectives of Anry Dunant, the founder of the Red Cross Movement. I now that we came stronger after this natural disaster, and we gained new experiences, and we learned new things which will help us to better respond to the new challenges in the forthcoming period. 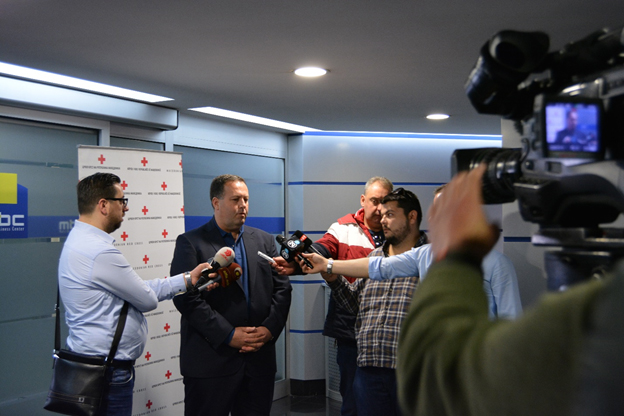