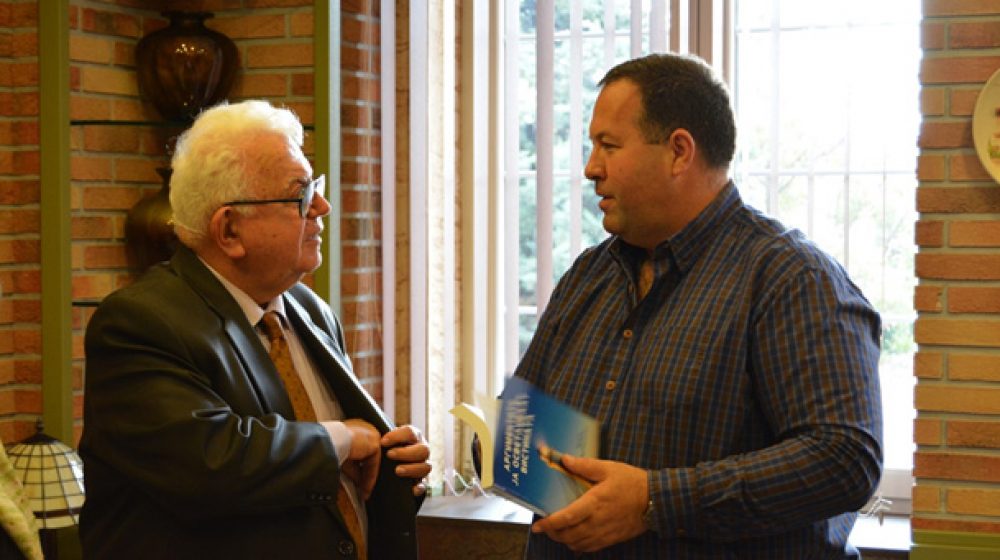 On 18/10/2016, the premises of the Macedonian Red Cross was visited by the President of the Federation of Associations of Pensioners of Macedonia, Mr. Draghi Argirovski, accompanied by d.r Ilija Gligorov and Mrs. Trajkova Stanka, on the occasion of the jubilee-70 years (1946-2016) of the existence of the Union of Associations of Pensioners of Macedonia. On this occasion, the President  Mr Draghi Argirovski handed a plaque to the Secretary General of the Macedonian Red Cross, PhD Sait Saiti for outstanding contribution to the Red Cross in organizing and development of pensioners in Macedonia. He noted that this type of plaque is the highest recognition of their union.

Secretary General of the Macedonian Red Cross, Phd Sait Saiti thanked for this nice gesture and congratulated for their anniversary, for all past activities and the activities arising from future cooperation.