Home » Main News » The Cup in Radovis, within the framework of the RCA-PHV program 2018 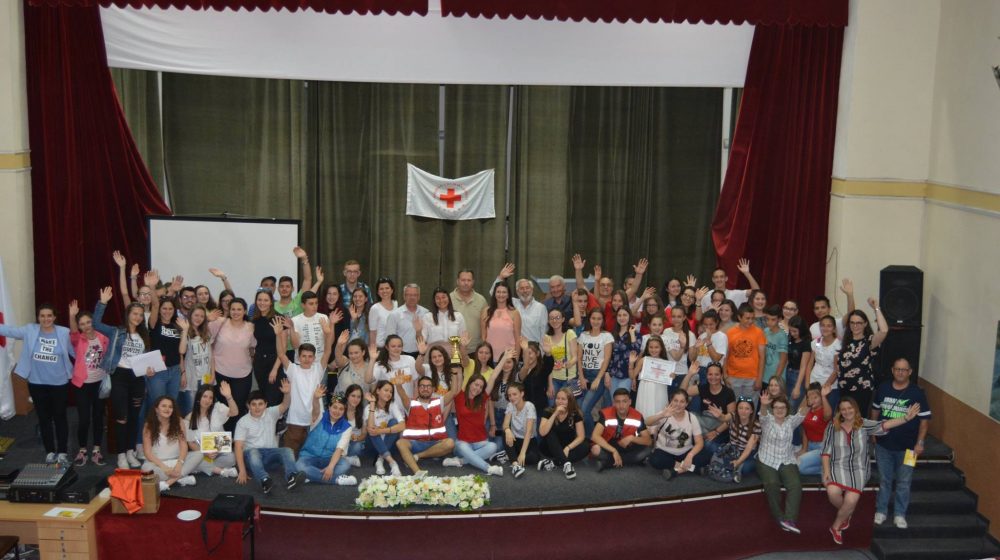 The Cup in Radovis, within the framework of the RCA-PHV program 2018

On May 29th 2018, the 8th event of the PHV-Cup was held, which aims to promote the programs and the youth of the Red Cross branches, where most of the projects were made, and the same were evaluated with a sun.

This year, 150 small projects were realized, 22 of which were evaluated with a sun, and this year’s winner of the PHV-Cup is Red Cross of the Republic of Macedonia – the branch of Radovis.

In the crowded hall of the Cultural Center “Aco Karamanov” in Radovis, besides the cup, gratitude certificates were also given to the Red Cross branches of Kocani, Ohrid, Gostivar, Veles, Prilep, Vinica, Kavadarci, Negotino and Centar as branches that have developed small projects, which have made long lasting changes and impacts in the community.

Congratulations to all disseminators, young people, teachers, parents, secretaries and to all who were part of this year’s program that changed the life of 3,183 people. 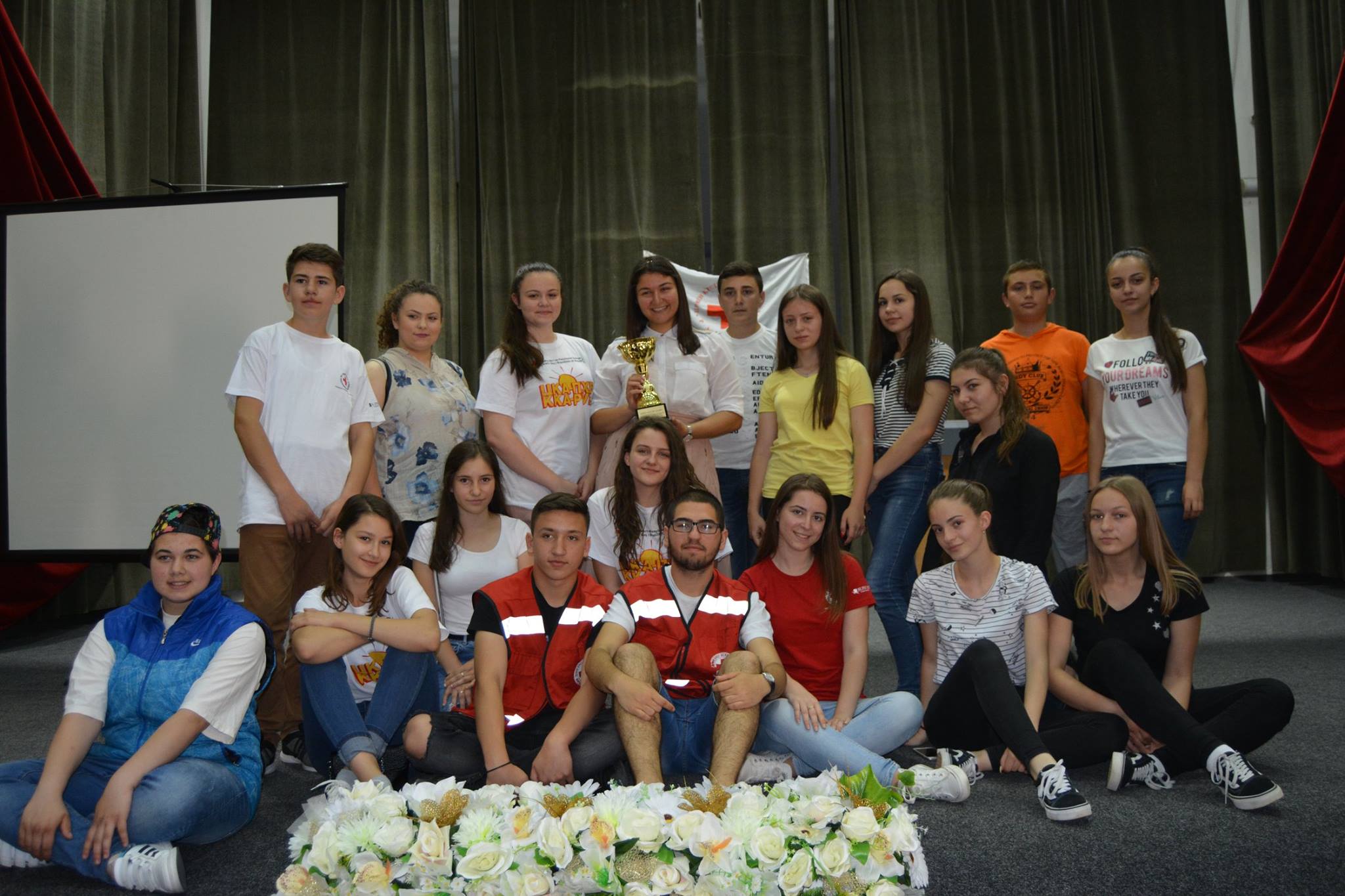 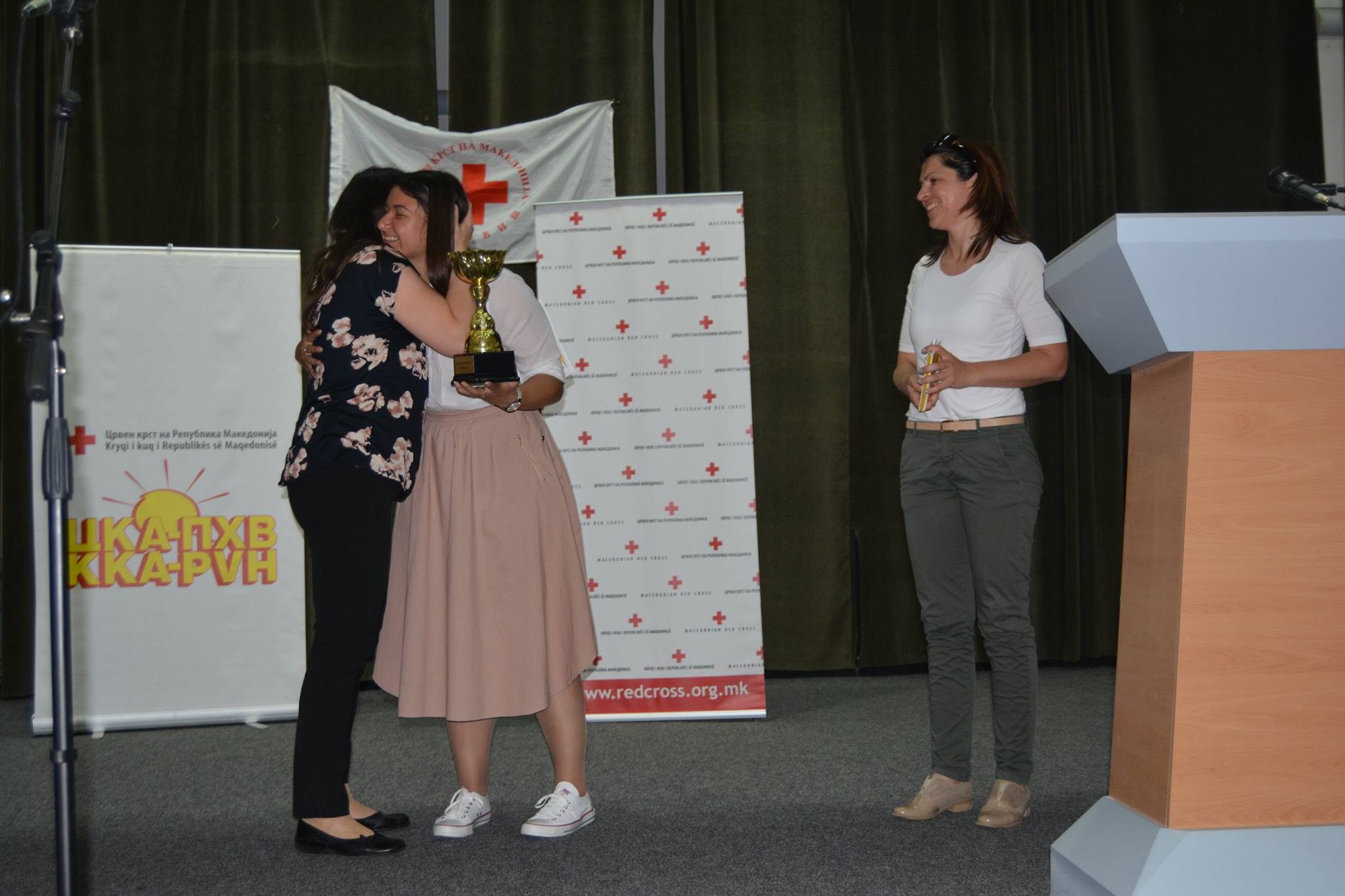 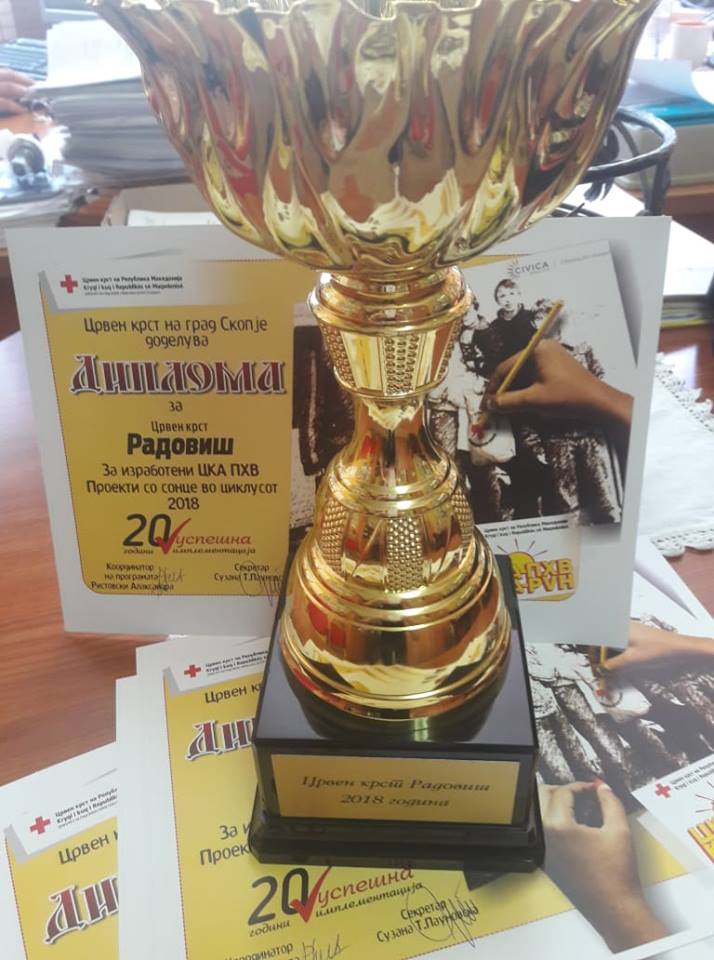