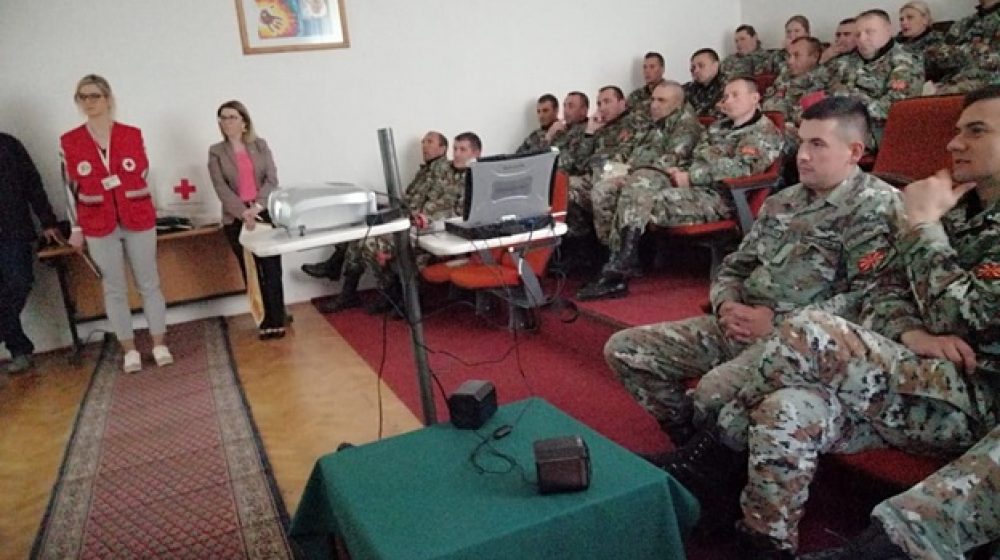 Dissemination session for the Army of the Republic of Macedonia

On 09.05.2019 Macedonian Red Cross conducted dissemination session in the barrack “Chede Filipovski Dame” in Kichevo to promote the work of the Red Cross and Red Crescent Movement, the national society, to promote respect of the International Humanitarian Law and the cooperation between the Red Cross and the ARMY in times of peace or emergency.

The dissemination session for  the 35 ARM officers covered several chapters of the work of the Movement and the IHL, such as a brief summary of the history of the Movement, the fundamental principles, the emblems of the Movement and their indicative and protective role, the Geneva Conventions of 1949 and the Additional Protocols to the Geneva Conventions 1977 and 2005, the program areas of Macedonian Red Cross, as well as the experiences of the Macedonian Red Cross  from activities during the disasters and emergencies in Republic of Macedonia and in neighboring countries in the last decade.

Particular emphasis on the dissemination session is placed on better acquaintance of the members of the armed forces about the role and obligations of the Macedonian Red Cross in emergencies, as well as the current programs and projects of the national society. Dissemination sessions are accompanied by video content “Rules of War” that highlights the basic principles of the International Humanitarian Law and the role of the Red Cross and Red Crescent Movement in times of armed conflicts.