Home » Main News » Information about the flash floods in Macedonia 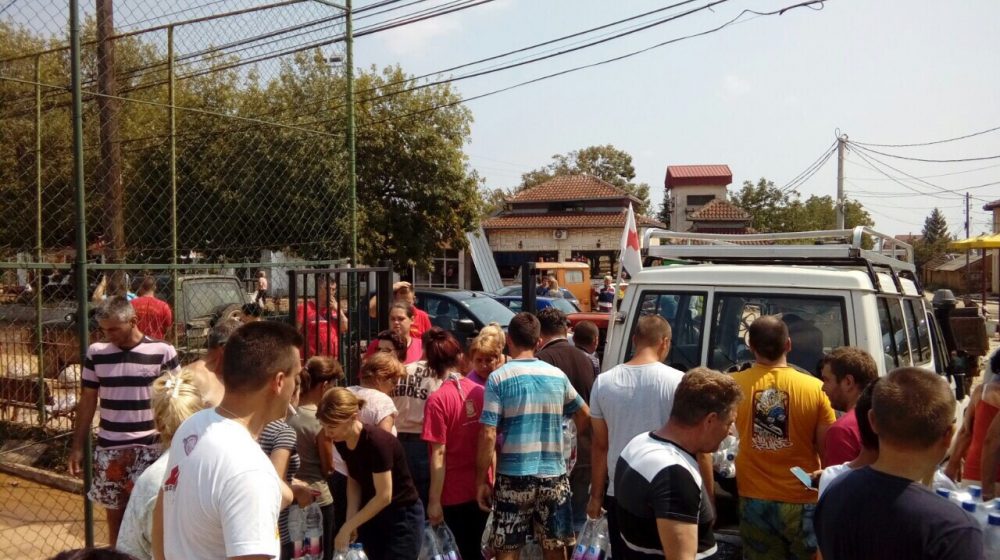 Information about the flash floods in Macedonia

In the late afternoon hours on 06.08.2016 heavy rainfall caused serious flash floods of populated communities and agricultural land in and around Skopje and Tetovo. The flooding unfortunately resulted with 22 casualties and 4 missing persons, and over 60 injured persons as well as large material damage. The institutions in the country and the Red Cross immediately responded to assist the population.

In the course of the night Macedonian Red Cross teams provided emergency assistance and support and helped in the evacuation of the citizens that was done by the emergency response forces of the police and the army. The operation took place in several communities in the municipality of Gazi Baba, Skopje and villages around the city of Tetovo. The Red Cross distributed humanitarian assistance comprised of blankets, mattresses, drinking water for 1.000 people. Majority of the evacuated persons are sheltered in collective centres and families.

After the initial assessment that was done in the morning on 07.08.2016 the Red Cross provided additional assistance from the Macedonian Red Cross reserves, comprised of potable water (35 tones), food, hygiene material, mattresses, blankets and clothes for additional 1.000 persons.