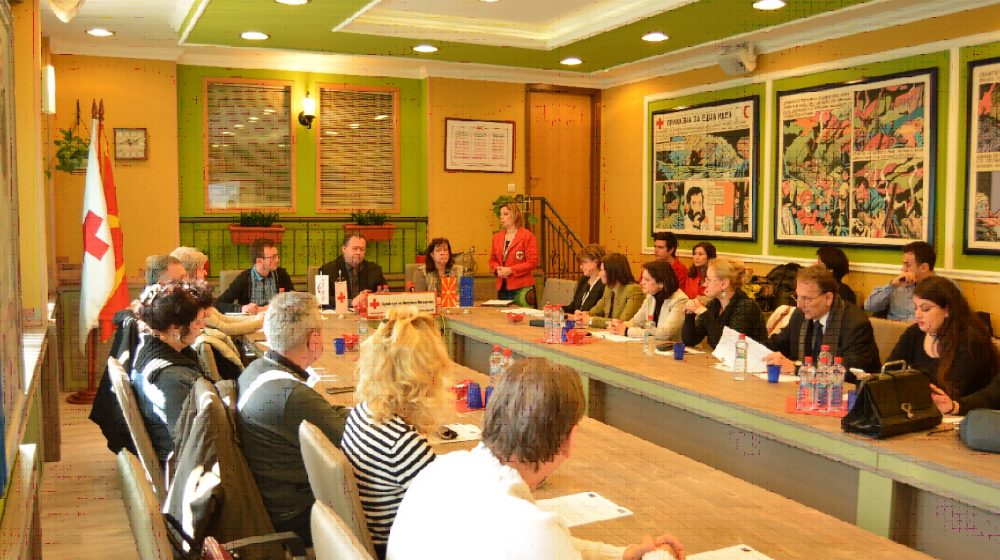 Initial meeting for the project: “Creation of new employment opportunities for women “

Today, 21.02.2017, at the premises of the Macedonian Red Cross held its first initial meeting of the project “Creation of new employment opportunities for women” within the Operational Programme for Human Resources Development 2007-2013 (IPA Component 4) funded by the European Union which will be implemented in partnership with the NGO Humanost, Skopje and the Austrian Red Cross.

The meeting was opened by the Secretary General of the Macedonian Red Cross, Mr. Sait Saiti and Mr. Sasko Jovanov a representative from the NGO Humanost. Mr, Sait Saiti noted that this project is a contribution to the implementation of the national employment strategies and a strategy for reducing poverty and social exclusion in the country and confirms the development of social support programs for vulnerable target groups in order to improve their competitiveness in the labor market. This project will increase the integration of long-term unemployed women (40) over 40 years of age in the labor market. The project will contribute to develop and verify a training program for caregivers for elderly people at home, and to develop knowledge and skills of long-term unemployed women in the provision of mobile social services for the elderly in their homes – said Saiti.

Participation and presentation at the meeting also had Lence Kocevska, State Advisor of the Ministry of Labour and Social Policy and Pavlina Kostovska – Grujoska, adviser at the Center for Employment of the City of Skopje. The meeting was attended by several representatives of the members of the network “inclusion M” for social inclusion of the elderly, as well as representatives from the media.

The key importance is the cooperation and support in the implementation of the project by the Ministry of Labour and Social Policy, Ministry of Education and Science, the Center for Adult Education, Agency of Employment and Employment Centre of Skopje Gerontology Institute “13 November “.