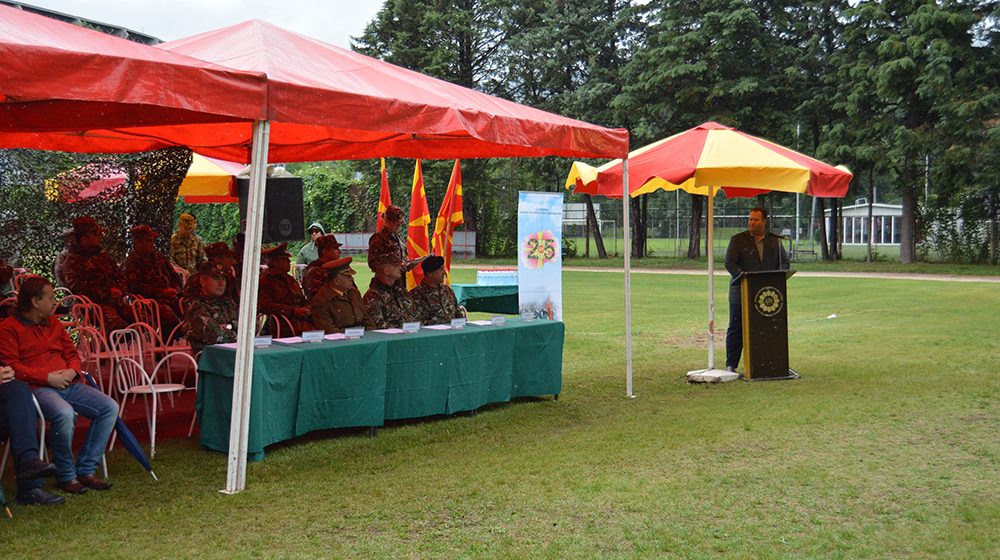 On 26th of May 2017 at the Army stadium in the city park of Skopje, the Macedonian Army in the frames of marking the 25 year anniversary of its foundation and the long-lasting support with the Macedonian Red Cross, there was a joint exercise for lifesaving.

The objective of the exercise was to show the joint preparedness as well as the on time adequate response during disasters and crisis, especially in the area of coping with large number of injured people.

At the ceremony there were present high representatives from the Army as well as the Secretary General of Macedonian Red Cross Mr. Sait Saiti. Saiti stated that the Macedonian Red Cross and the Army cherish joint values in coping with crisis, where the Red Cross always puts in to action and offers its capacities in order to save lives. 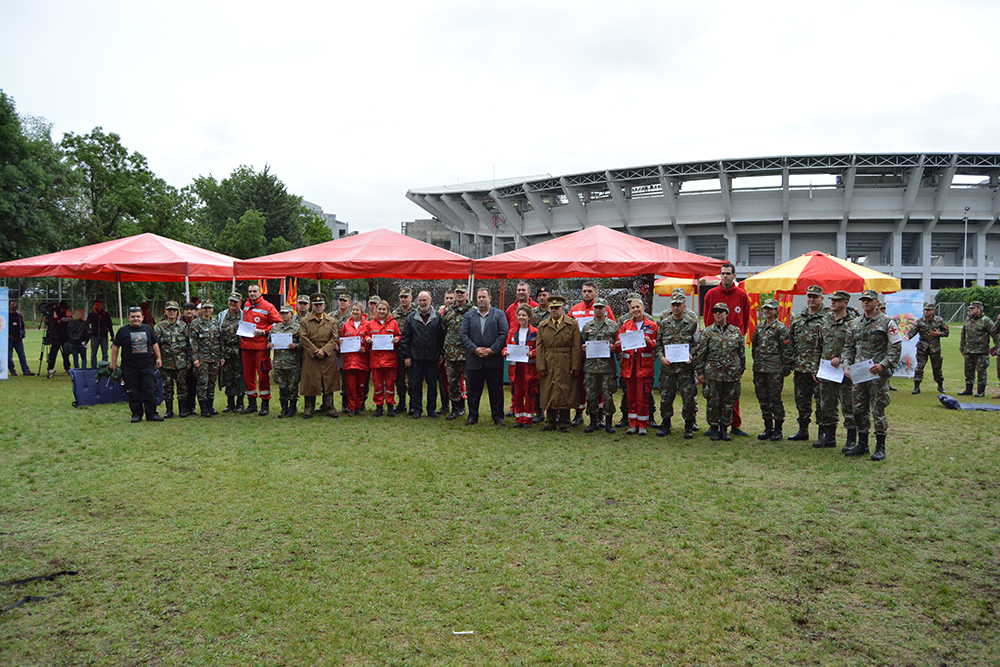 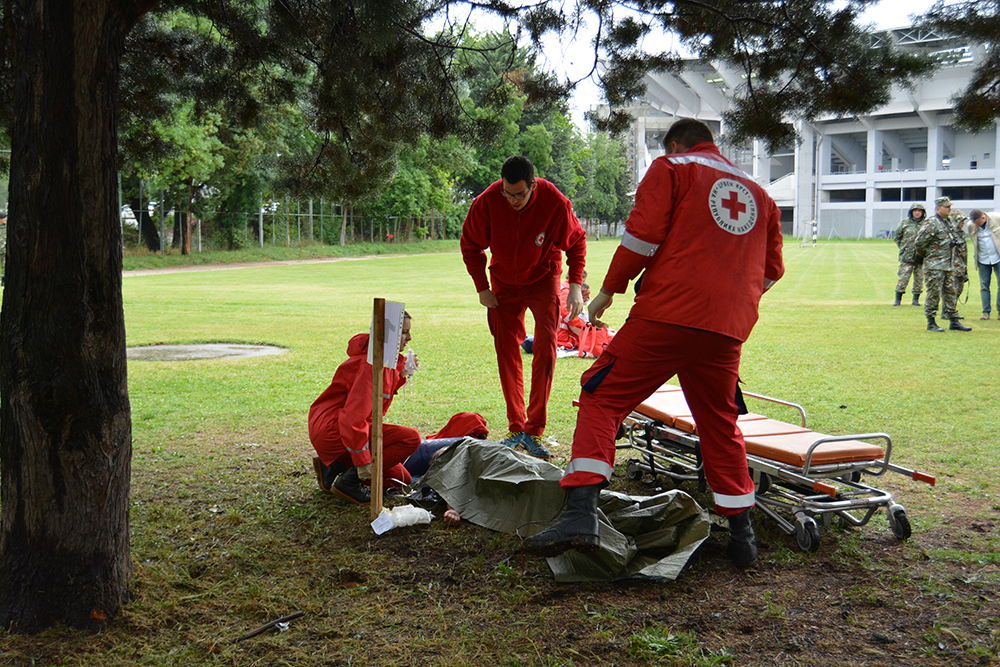 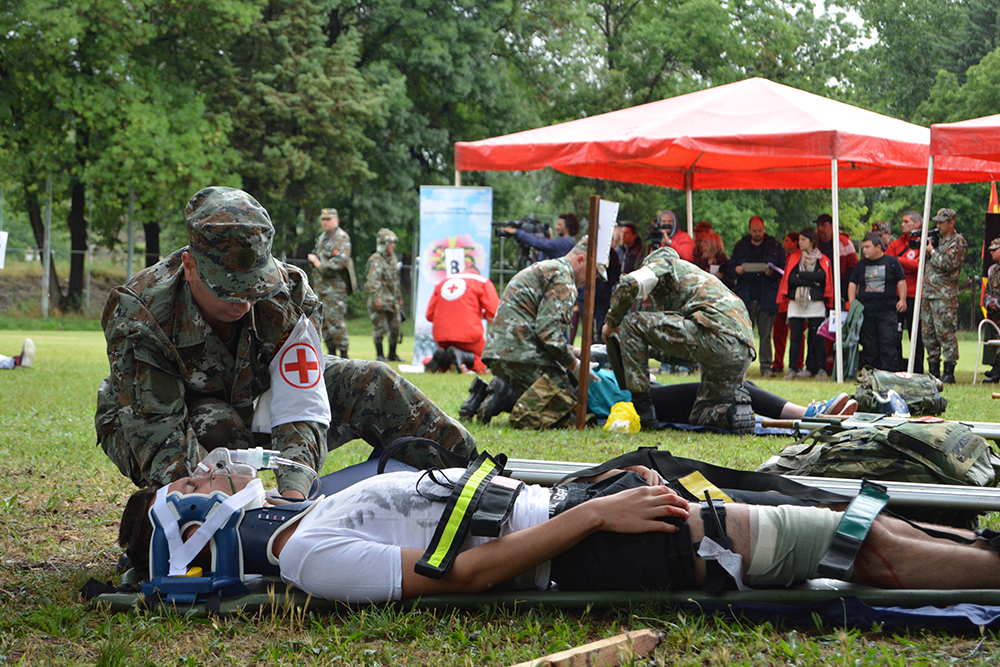 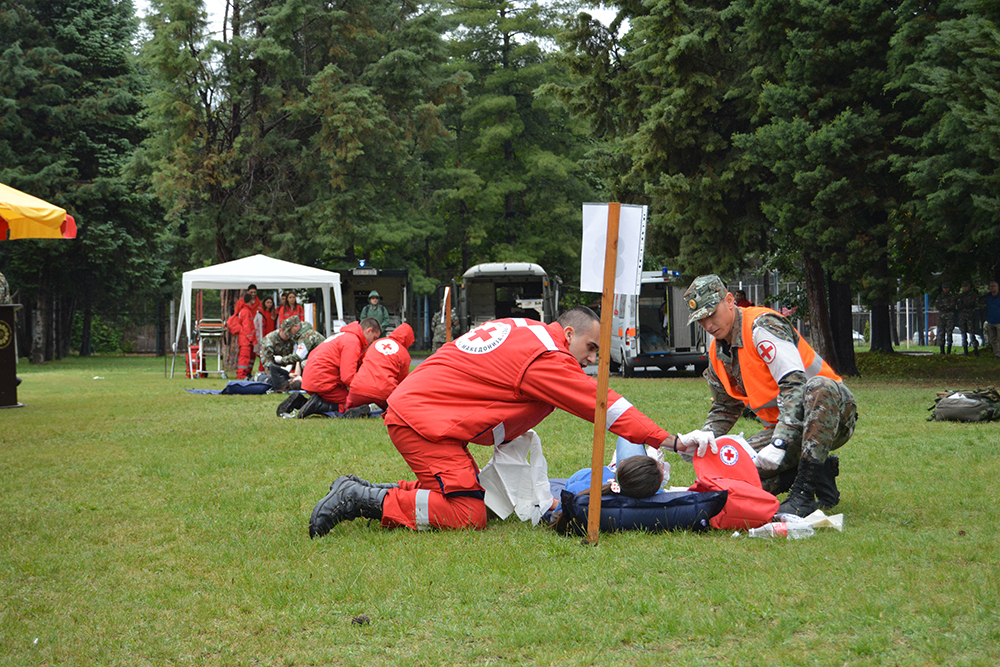 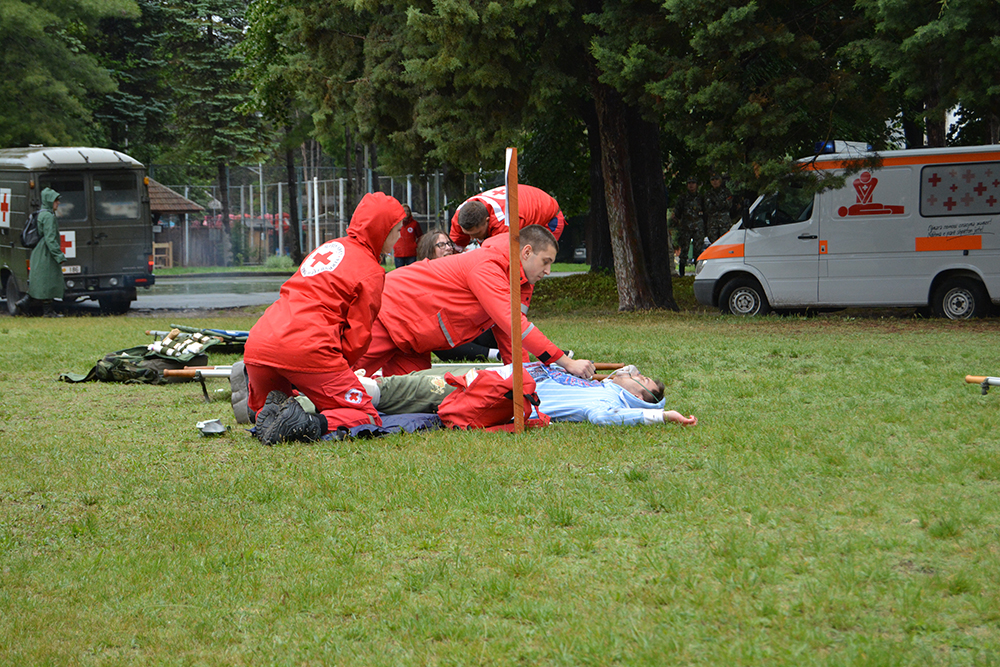