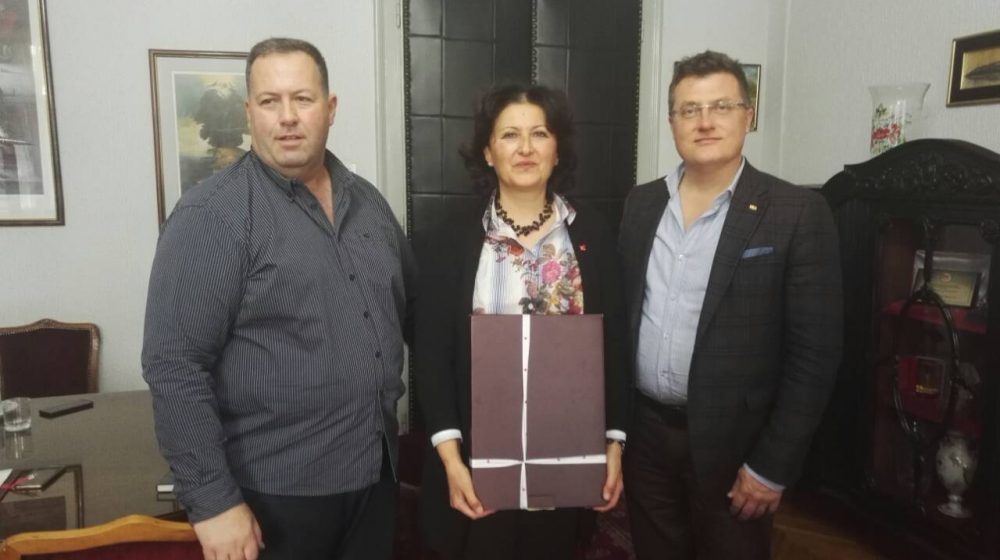 In the period from 07 to 09 December, 2017, a delegation of the Macedonian Red Cross led by the President Prof. Dr. Romel Veliyev paid a working visit to the Red Cross of Serbia.

During the stay, meetings were held with the President of the Central Committee of Serbia, Prof. Dr. Dragan Radovanovic, and the Secretary General. Vesna Milenovic in the central office of the national society. A special emphasis was put on promoting mutual cooperation. Experiences were exchanged about the improvement of the statutory and normative framework of the two national societies, blood donation programs and the challenges associated with conducting first aid training, the structural organization of local organizations, sources of funding and financial reporting through financial software, and the possibilities for establishing of operational annual cooperation between the two organizations.

The delegation also visited the Municipal Organization of the Red Cross of Sombor. Within the visit to this organization also was visited the Migrant Center Sombor. The Delegation of the Macedonian Red Cross was received by the President Dr. Milos Petrovic and the Secretary of the Red Cross Branch Sombor Ms. Biljana Klipa. The meeting was also attended by the President of the Red Cross of Serbia, Simka Somer, and Ms. Lydia Ritz Richter, Secretary of the Red Cross of Vojvodina, as well as Mr. Ljubomir Miladinovic, head of the Serbian Red Cross department for international cooperation.In the talks, it was agreed to designate a Macedonian Red Cross branch, which would be prominent with the municipal organization of Sombor, to exchange experiences and good practices, bearing in mind that this organization is one of the most successful in Serbia with experience in the work with public kitchens, youth program, migrants, recreational activities for children, etc.

The visit was completed with a comitment for the preparation of a common framework and a plan for the implementation of annual activities. The document is planned to be signed at the beginning of 2018 in Skopje, Macedonia.