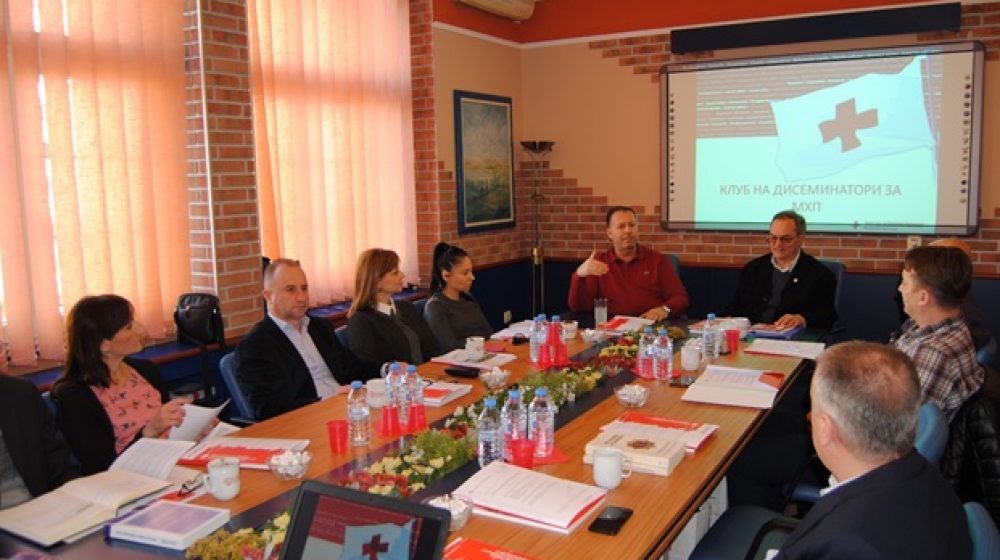 On February 19, 2019, the Macedonian Red Cross established the Club of Disseminators in International Humanitarian Law (IHL). The club consists of invited and competent university professors and professionals in the IHL.

The goal for inclusion in the new initiative of the Macedonian Red Cross is for an active and competent approach for disseminating, promoting and implementing the humanitarian rules and principles of the International Humanitarian Law, respectively Geneva and Hague law, or the four Geneva Conventions of 1949, the Additional Protocols I and II of 1977 and III of 2005 on the same and other international conventions related to means, methods and vulnerable categories of victims in armed international and non-international conflicts and caused accidents and disasters.

The club has the task of implementing activities aimed at disseminating and implementing IHL in our country, among the population, vulnerable groups, young, women, children, retirees and especially personnel in the fields of defense, security, armed forces, health and social sector, education in schools, faculties and academies, journalists, executive power, local government, legislation, judiciary, in addition to the National Committee for Implementation of IHL-based in  MRC, there is an inevitable need for the establishment and function of an operational body with club structure and status for a planned and continuous approach for dissemination, education and implementation of IHL. 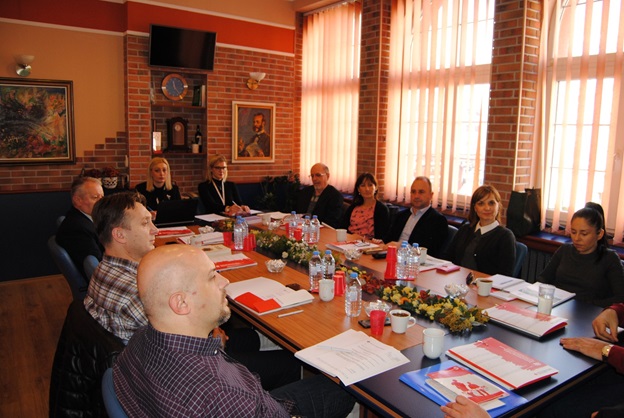