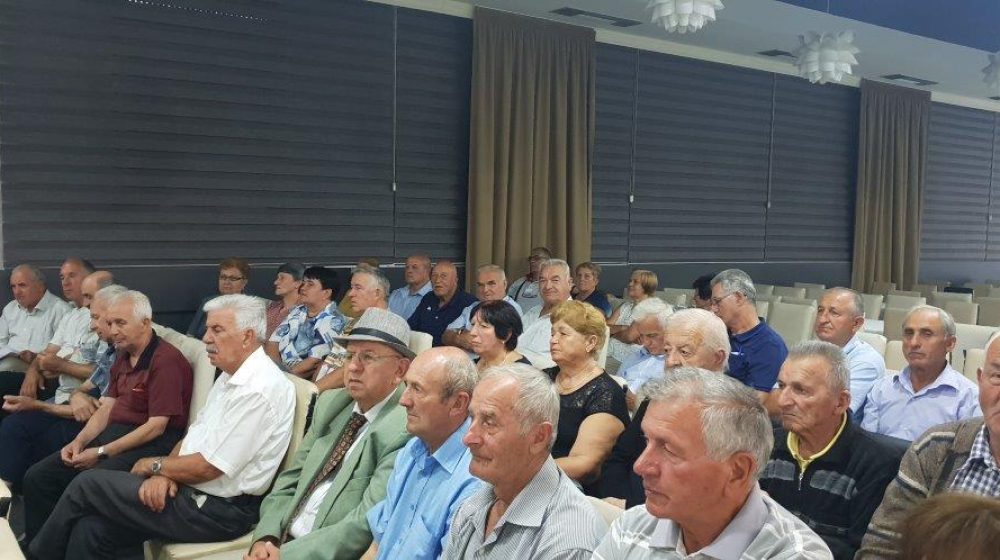 October 1 – International Day of the Elderly

The Macedonian Red Cross this year is also taking part in the celebration of the 1st of October – International Day of the Elderly. This day was first appointed by the General Assembly of the United Nations on December 14, 1990.

Official data shows that nearly 700 million people are over 60 years old. By 2050, 2 billion people, which makes over 20% of the world’s population, will be 60 years old or even older. According to this, there is a clear need for increasing the attention to the special needs and challenges that the elderly face. However, it is of essential importance that old men and women also contribute to the society, in order to make the society function even better.

This year, the United Nations marks the International Day of the Elderly as a sign of celebrating the 70th anniversary of the Universal Declaration of Human Rights and reaffirms its commitment to promoting full and equal enjoyment of all human rights and the fundamental freedoms of the elderly.

Almost 40 years after the adoption of the declaration, the human rights issues of the elderly were covered in the formulation of the United Nations principles in 1991, providing guidance in the areas of independence, participation, care, self-realization and dignity. A decade later, the Madrid International Plan Action for Aging (MIPAA), adopted in 2002, allowed for the first time governments to agree to link aging issues with other frameworks for social and economic development and human rights. The interdependence between the social integration of the elderly and the full enjoyment of their human rights can not be ignored, since the extent to which the elderly are integrated into the society, directly affects their dignity and quality of life.

The theme for marking this day is:

– Promoting the rights guaranteed in the Declaration;

– Raising the visibility of the elderly as members of the society who participate and commit to improving the realization of human rights in many areas of life;

– Impact the progress and challenges for ensuring full and equal enjoyment of human rights and freedoms of the elderly; and

– Involving the general public around the world and mobilizing people for human rights at all stages of life.

The Macedonian Red Cross as a member of the National Coordinative Body for Monitoring and Evaluation of the Implementation of the National Strategy for the Elderly, developed in accordance with the Madrid International Plan Action for Aging, is actively involved and contributes to the overall efforts undertaken by the competent institutions in exercising the rights, taking care and protecting the elderly in Macedonia.

On the occasion of marking the International Day of the Elderly, through the Red Cross of the City of Skopje and the Macedonian Red Cross branches, educational workshops will be organized on different topics of interest to the elderly, and also creative, recreational and other relevant activities, as well as activities for support and care of the elderly will be organized.

On October 1, 2018, an educational workshop will be held at the Center for the Elderly in the Red Cross of the City of Skopje. The workshop is part of a cycle of educational workshops that are held in 15 cities within the country in order to encourage older people at local level to develop skills, acquire knowledge and find motivation to combat social exclusion and isolation, and to participate in cultural, political and social activities in their local communities, but also to advocate for various issues relevant to improving their quality of life. The education is carried out within the framework of the Regional project “Taking action for social inclusion of the elderly people”, which is implemented by the Macedonian Red Cross in partnership with the Association Humanost for three years in a row. The project is funded by the European Union, supported by the Austrian Red Cross and the Austrian Development Agency.