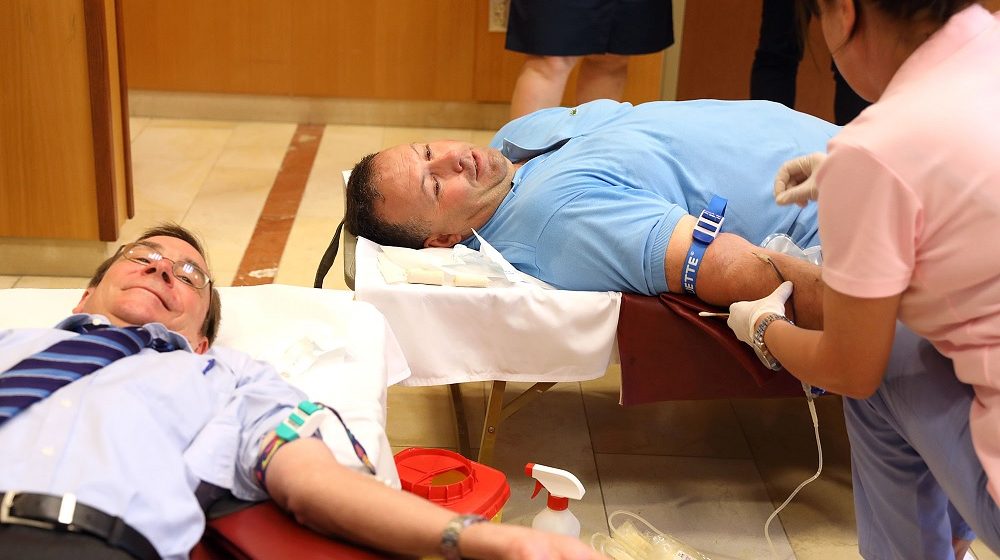 September 11 – US National Day of Service and Remembrance

Today’s blood donation action is already a recognizable feature of our cooperation, built on the principles of humanity and solidarity, which represent part of the individual and collective awareness for both countries.

Many times in the past, both the American and our people have faced challenges that require activism without making distinctions based on religious, ethnic and gender identity, which have made us more united and have put us above all human suffering through.

The jubilee has marked the building of friendships, the assistance provided towards the others, and the humanity in action. Throughout the years, we have learned more about each other, we have accepted our differences, we have given our contribution to the society and we have built strong grounds which have improved with years, said the Secretary General of the Macedonian Red Cross Mr. Sait Saiti, and for that matter he gave a token of appreciation to the US Ambassador, Mr. Jess Baily. 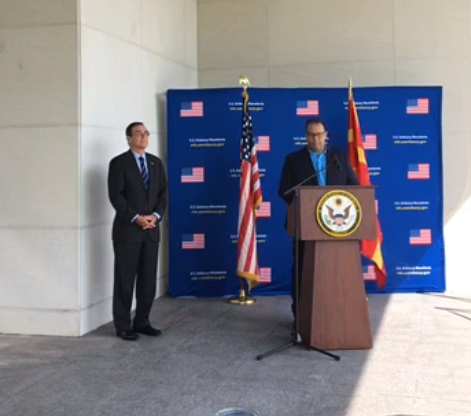 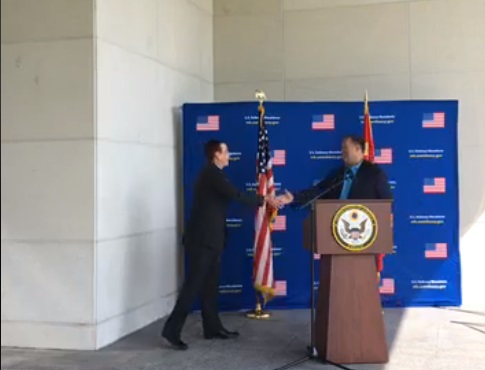