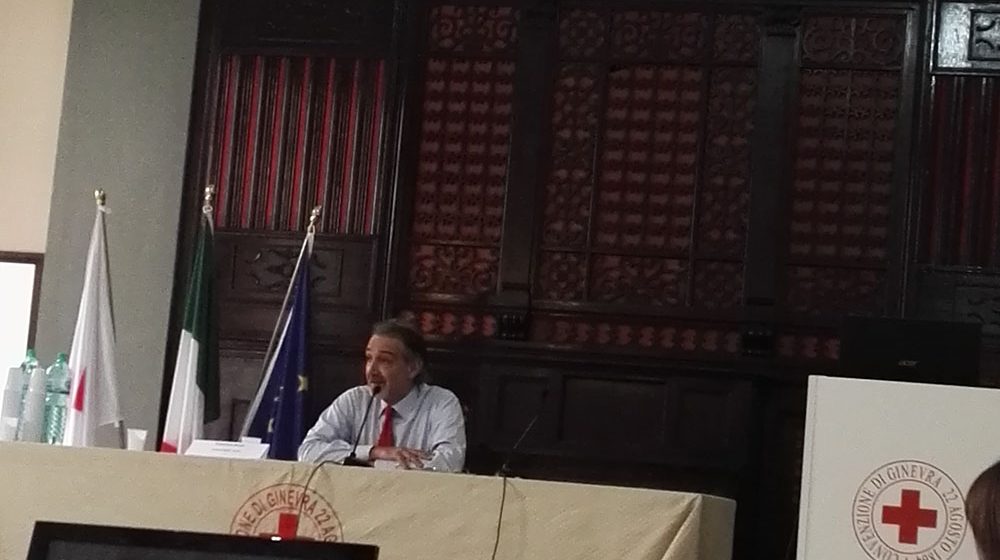 In the period 19-21.10.2016 in Rome – Italy, held was an annual meeting of the network of national societies that implement activities to combat trafficking. Representatives from 9 National Societies, European regional office of the International Federation of Red Cross and Red Crescent Societies, International Labour Organization, International center for policy development for Migration, Office of the Mediterranean network of National Red Cross and Red Crescent Societies, Union the merchants of Italy and other guests had the opportunity to present and exchange experiences in an effort to reduce human trafficking with special emphasis on migrant movements and labor exploitation. Macedonian Red Cross was represented by Vladimir Vukelic who presented the preventive activities of the National Society for Human Trafficking and the activities under the National Commission for Combating Human Trafficking and Illegal Migration in Macedonia. The network for Action against human trafficking has existed since 2004 and is a platform for sharing experiences and initiatives for the joint provision of project support mechanisms within the European Union and other sources. With participation in the work of the Network, the National Societies have the opportunity to develop their capacities and to give special contribution to reducing and eliminating the phenomenon of human trafficking and modern slavery.