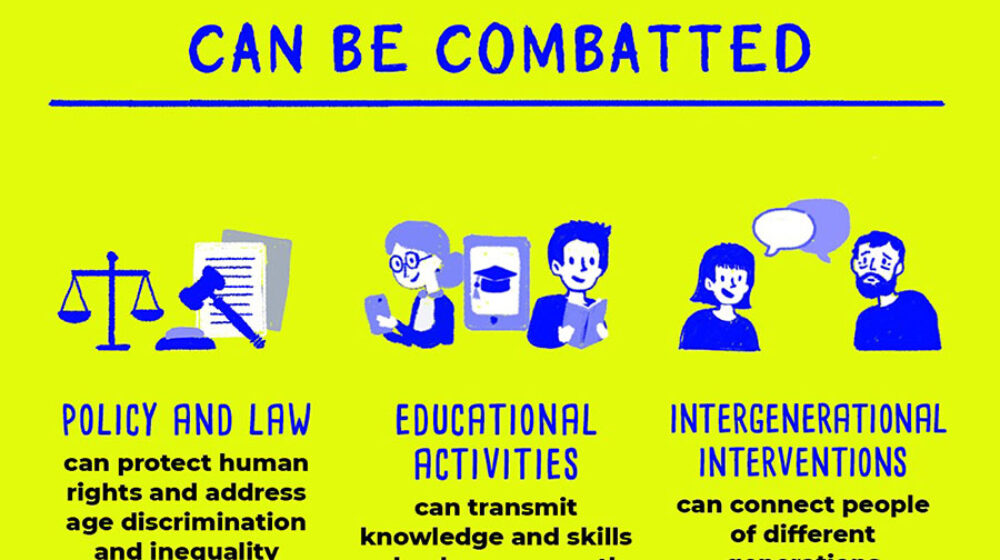 International Day of the Older Persons

On the occasion of October 1 –International Day of Older Persons, the Red Cross of the Republic of North Macedonia joins the global campaign to combat age discrimination under the motto #AWorld4AllAges. The campaign was initiated by the World Health Organization (WHO) with the involvement of the International Federation of Red Cross and Red Crescent Societies. The campaign starts on October 1 and lasts until November 20.

Age discrimination refers to stereotypes, prejudices towards others or oneself based on age. It affects all ages, even children as young as 4 years old become aware of stereotypes about their age. From that age on, they internalize and use these stereotypes to guide their feelings and attitudes towards people of different ages. Age discrimination is also recognized in our national legislation (Law on Prevention and Protection against Discrimination) and provides the possibility of an institutional response to discrimination on such basis.

Within the campaign, the Red Cross of the Republic of North Macedonia will conduct a survey on perceptions on prevalence of discrimination on basis of age among the general population. The purpose is to provide initial data that will be further subject to analysis that will serve as a basis for further research and undertaking activities for involvement of the Red Cross of the RNM in the fight against this type of discrimination. 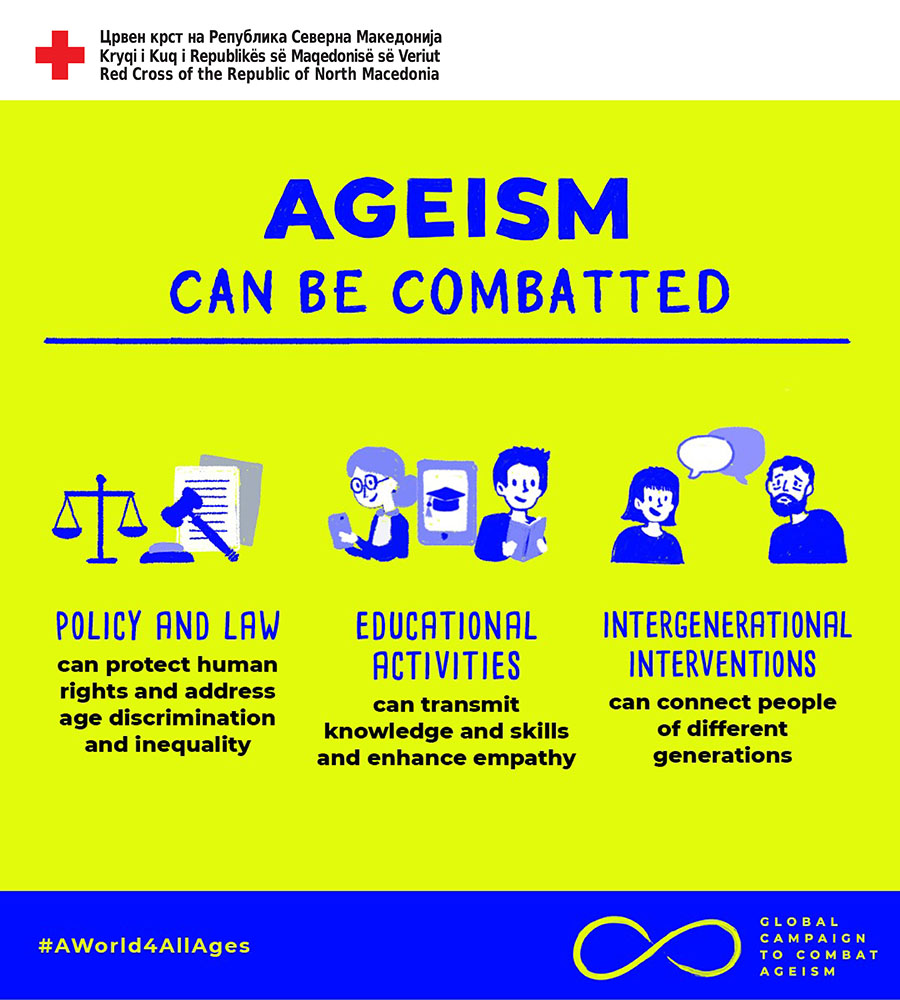 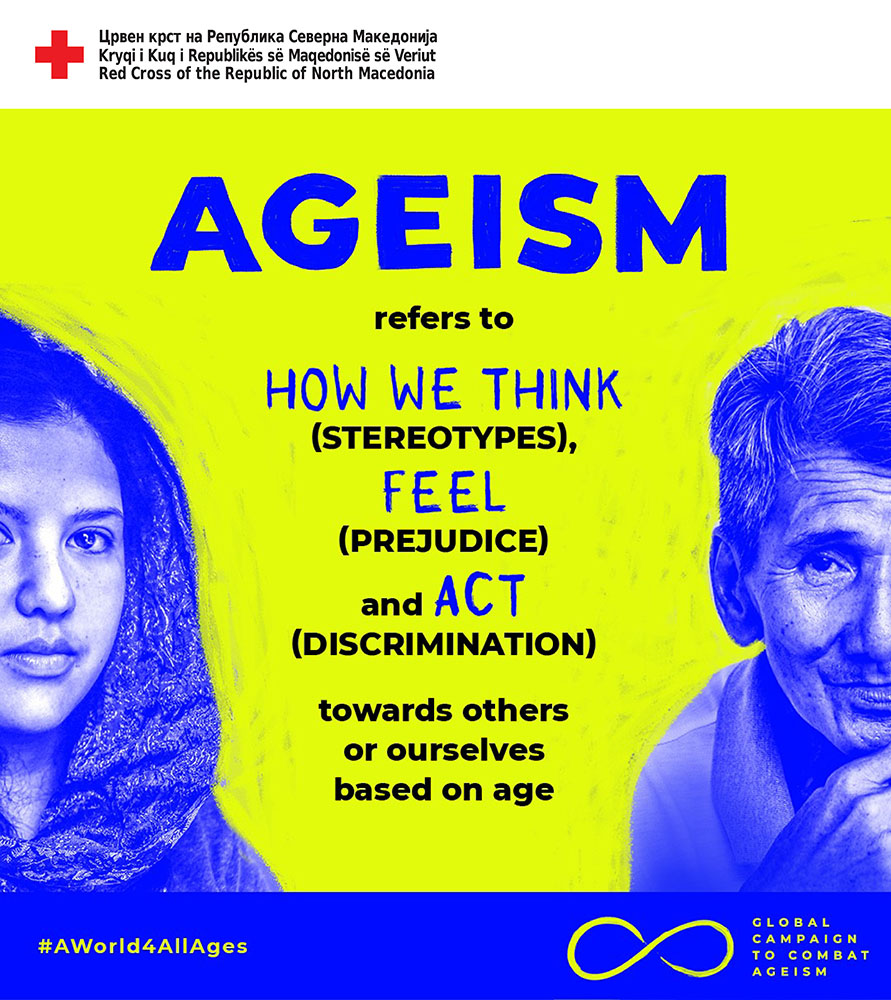 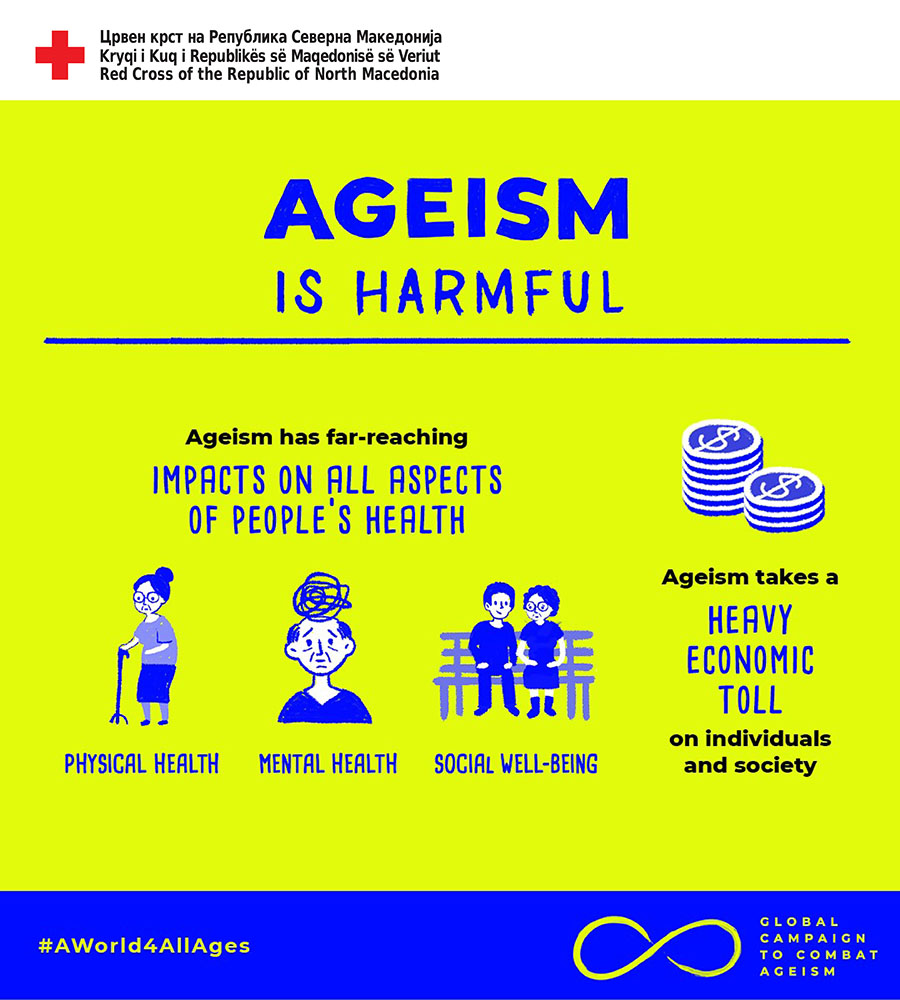 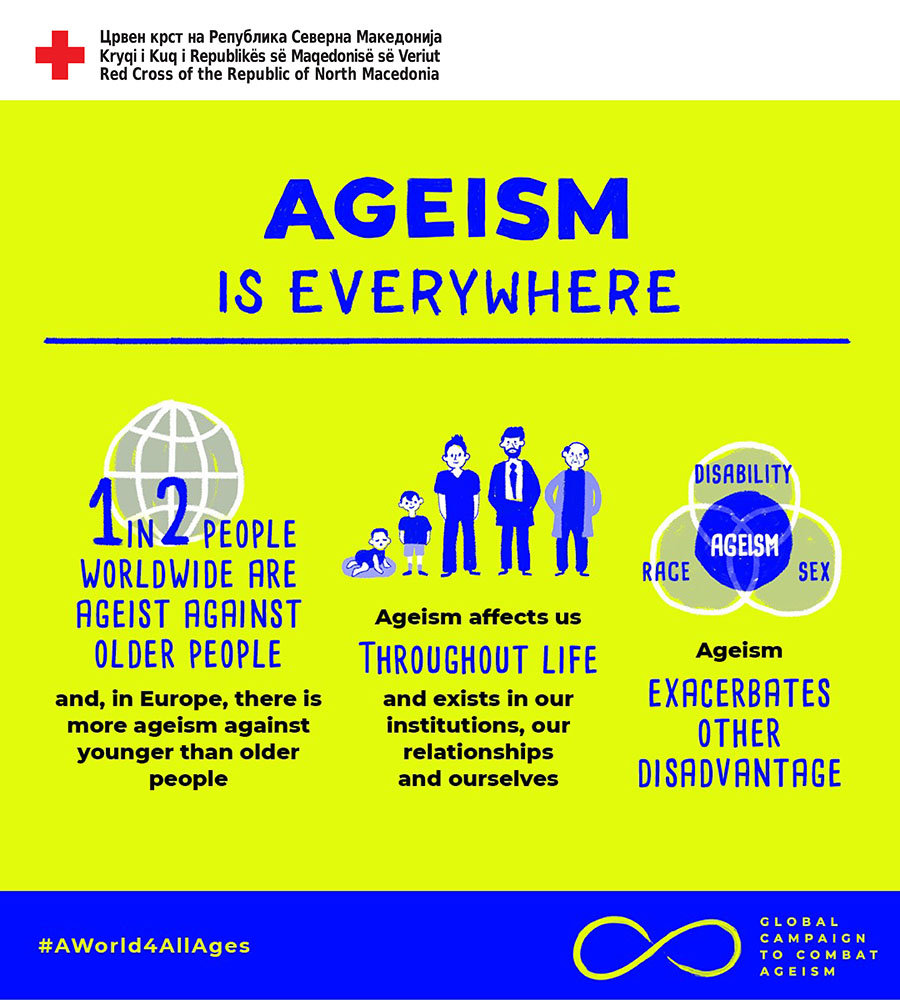