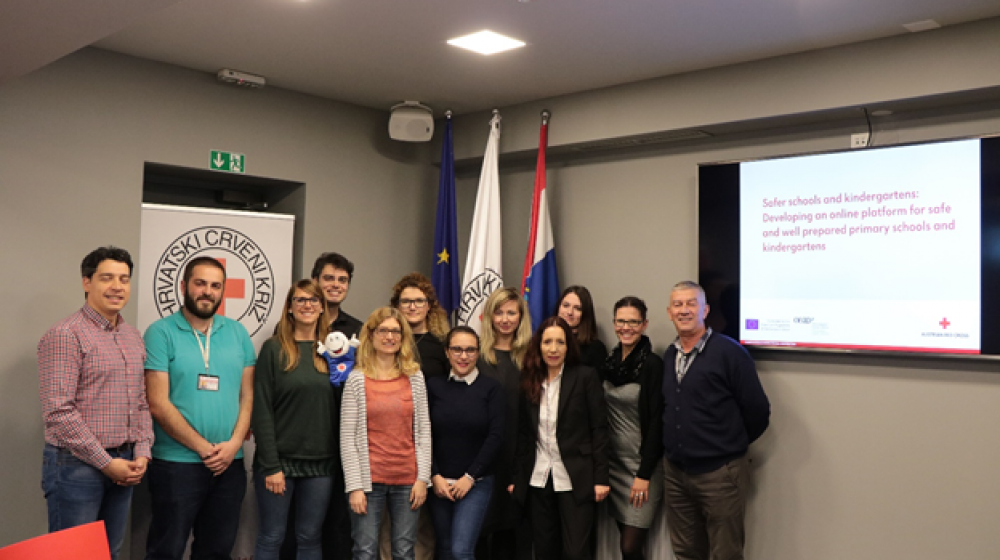 The Croatian Red Cross organized a working meeting in the framework of the project “Safe schools and kindergartens” financially supported by the ERASMUS + Program. The meeting was conducted in Zagreb in the period of April 11 – 12, 2019. Representatives from the Macedonian Red Cross also attended the meeting.

The purpose of the working meeting was to exchange practices and experiences of national societies from the region with an emphasis on the tasks that each national society should implement separately in the framework of the project activities.

In the first part of the working meeting, representatives of the Croatian Red Cross, as responsible for preparation of a catalog of resources and disaster risk reduction activities, presented the draft version with incorporated data received from the national societies and presented practical examples through practical examples.

In continuation, the Austrian Red Cross presented the First Aid Platform, which should be undertaken by national societies and implemented in kindergartens and primary schools in the countries.

In the second part of the working meeting, representatives of Macedonian Red Cross presented the obtained data from the conducted research on the legislative base at the regional and national level, as well as the guidelines for the preparation of an advocacy plan at the level of the European Union in the area of disaster risk reduction, first aid and psychosocial support. In addition, representatives of the Red Cross of Serbia and Red Cross Bulgaria presented the draft training programs for training to reduce the risks of disasters and psychosocial support. 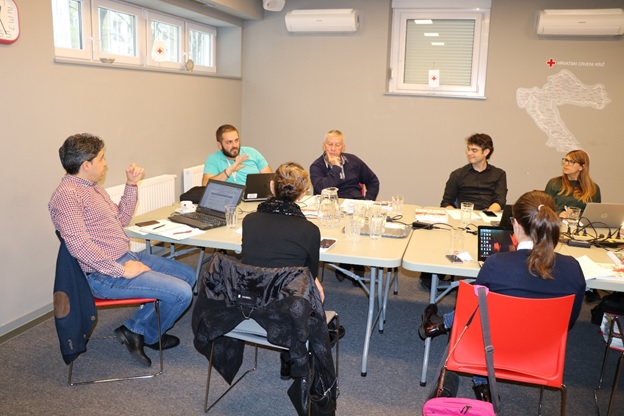