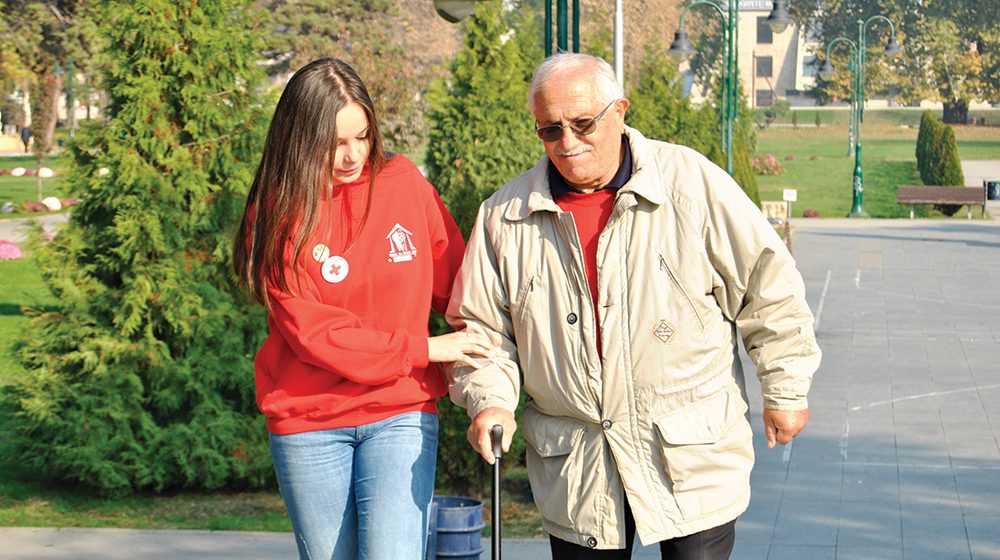 “Walking in the Future: Using the talents, contribution and participation of the elderly in society”

The Macedonian Red Cross this year is also taking part in the celebration of the 1st of October – International Day of the Elderly. This day was appointed by the General Assembly of the United Nations on December 14, 1990. This was preceded by initiatives such as the Vienna International Aging Action Plan – adopted in 1982 by the World Aging Council – and approved later that year by the UN General Assembly. In 1991, the General Assembly adopted the Principles for the Elderly of the United Nations. In 2002, the Second World Aging Agenda adopted the Madrid International Action Plan on Aging, responding to the opportunities and challenges of aging of the population in the 21st century and promoting the development of a society for all ages.

The theme set by the United Nations for this year’s International Day of the Elderly is: The topic highlights the link between talent usage and the contribution of older people and the achievement of the implementation of the Agenda 2030 and the Madrid International Action Plan for Aging, which is currently in process the review and assessment. In the future, it is quite obvious that the need to rely on the often ignored and under-valued contributions of the elderly is not only essential for the well-being of the elderly, but it is also important for the processes of sustainable development. The theme for 2017 will explore the effective means of promoting and strengthening the participation of the elderly in various aspects of social, cultural, economic, civic and political life.

The Macedonian Red Cross as a member of the National Coordinative Body for Monitoring and Evaluation of the Implementation of the National Strategy for the Elderly, developed in accordance with the Madrid International Action Plan for Aging, is actively involved and contributes to the overall efforts undertaken by the competent institutions in exercising their rights, the necessary care and protection of the elderly in Macedonia.

On the occasion of marking October 1st, activities related to active aging, as well as activities for support and care of the elderly will be organized within the program activities of the Red Cross:

These are only part of the activities of the Red Cross that are implemented with and for the elderly, in order to improve the quality of their lives.