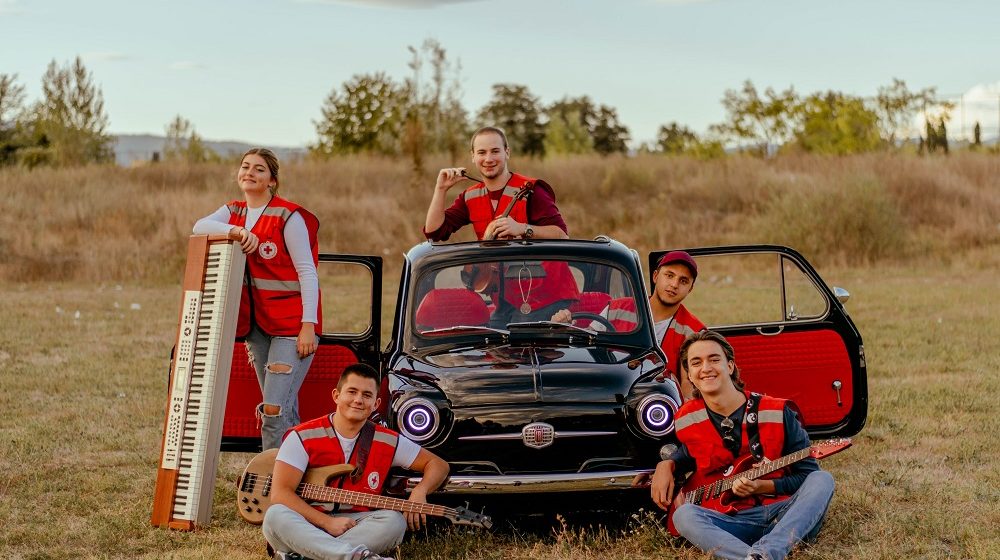 Main objective of the week: Promotion of culture, tolerance, peace and coexistence among young people

2020 will be remembered as a year in which other priorities in our work had to be set quickly. Unfortunately, some of the activities that are regular in our organization have been stopped this year. One of those activities was the RCA-PHV program. At the beginning of 2020, everything went according to plan, disseminators were selected, young people were trained and we were just starting with the small projects in the Red Cross branches.

This year’s RCA-PHV cycle was interrupted by a decision of the Governing Board of the Red Cross of RNM, but with the obligation to implement the RCA-PHV Week in extraordinary conditions. It should be taken into account that the RCA-PHV week has been marked since 2012, every year in a unified and innovative way. This year, because of the Covid-19 pandemic, because of the impossibility for the young people to get together, because there was not possibility to animate the public, to have public gatherings, etc. the Red Cross provided instructions for online realization of RCA-PHV Week.

Marking of the RCA – PHV Week over the years:

 2013 – TV Show with a short PHV film, with a presentation of local music and dance

 2015 – Poetic readings in different languages used in our country

 2017 – Pantomime originated and selected for the best story and photography

This year, the instructions were the young people to work together to make a lasting legacy for their club and for their Red Cross Branches by composing a music track. The songs that were written and sung are connected with the RCA-PHV program, with the Red Cross, with the values, with the goodness, humanity, friendship … and all the good things that the Red Cross promotes. The songs were written by several volunteers, together, step by step. The use of other languages, such as Albanian, Turkish, Romani, Serbian, and Vlach, was encouraged, especially where there were two disseminators who trained two groups of young people in parallel in different languages.

In the mixed environments, one song was made and the young people created, sang, composed, arranged and recorded it together. Total of 25 songs were recorded and they were viewed more than 30,000 times, which is a great promotion of both the youth engagement and the sign of the Red Cross.

In 2021, all the songs will be recorded in a professional studio and will remain as a permanent material heritage of the Red Cross of RNM, to be sung at every event by these and all future volunteers.

The social media and RCA-PHV instructors expresses gratitude to the volunteers for their work, motivation and desire to volunteer and the changes they are making in our community. 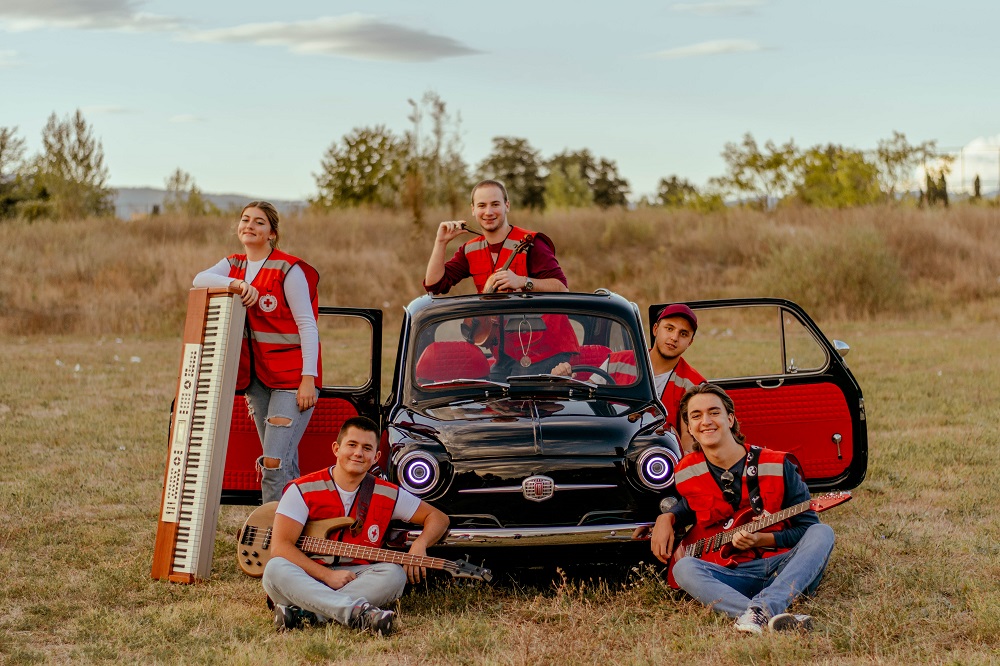 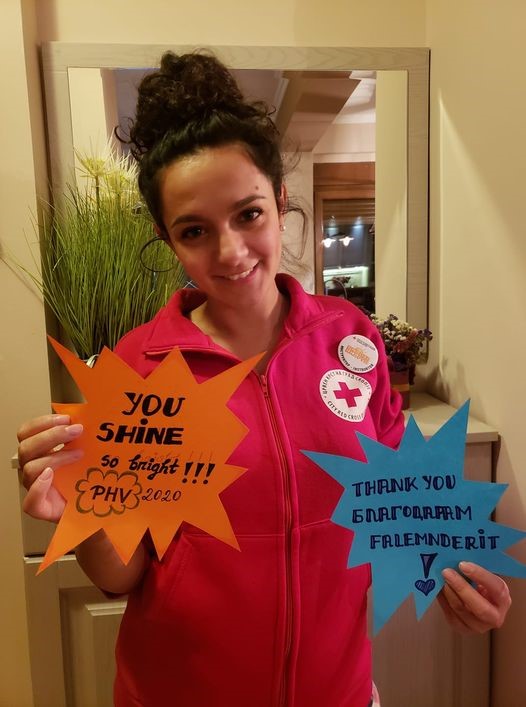 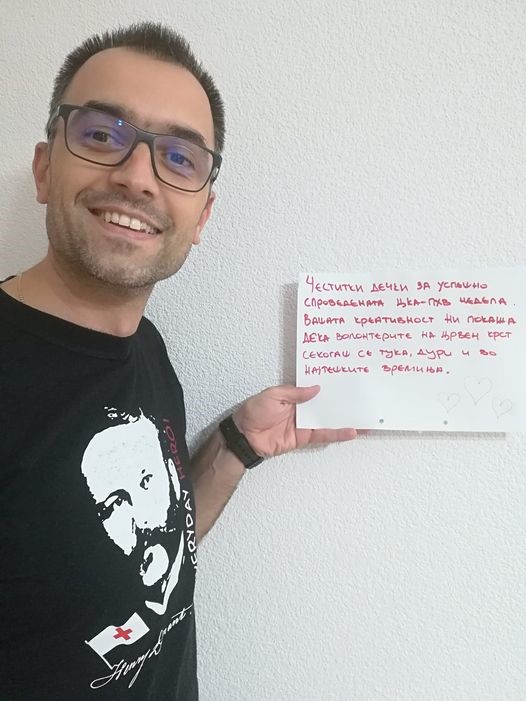 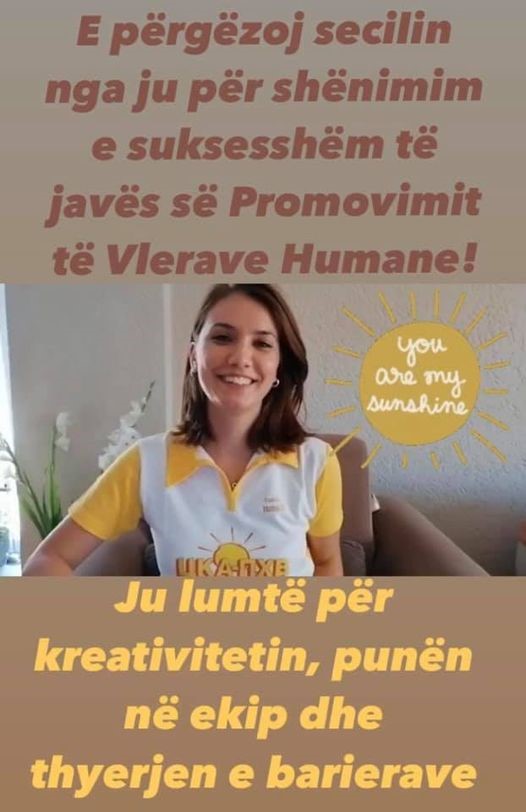 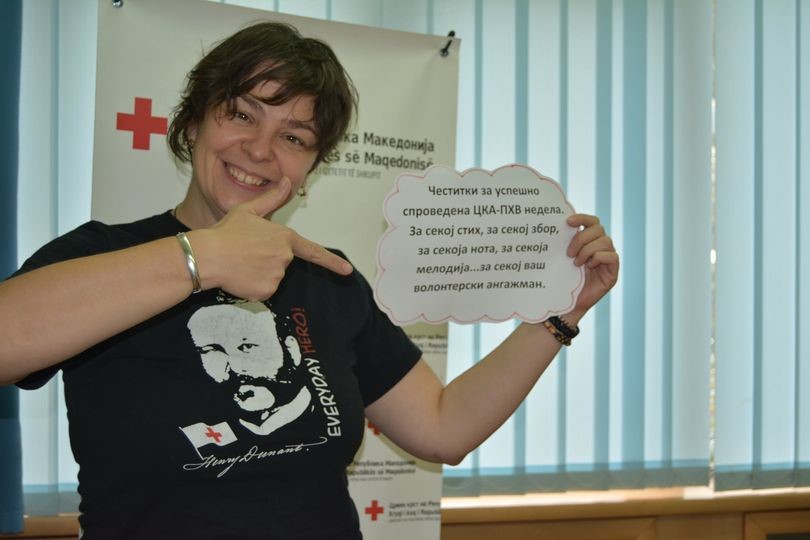 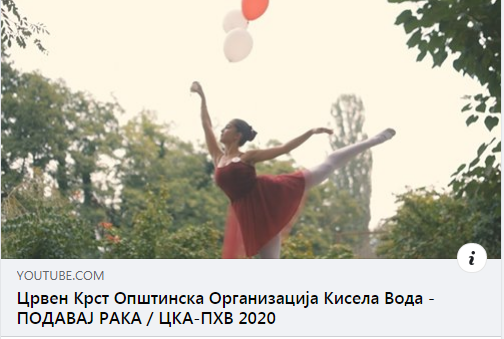 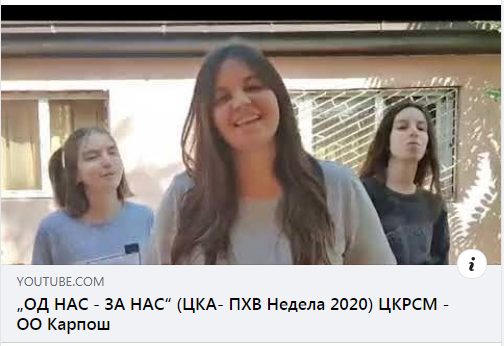 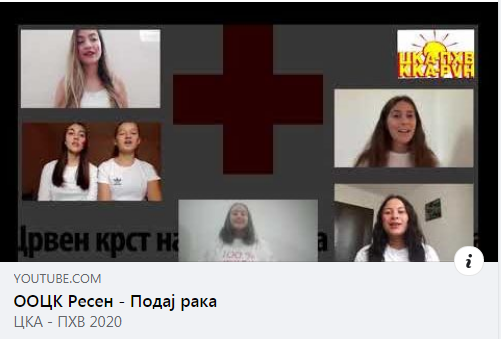