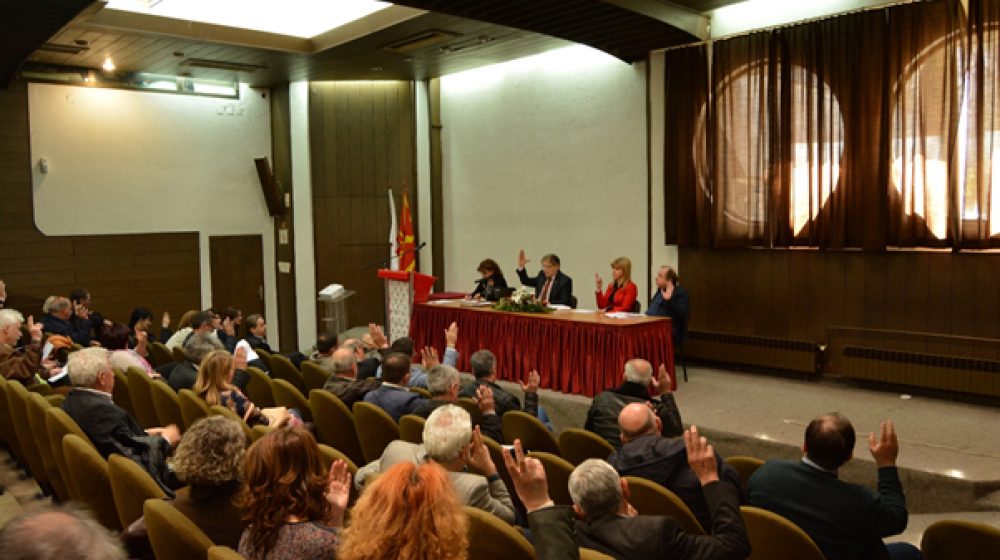 Past year was filled with celebrating the significant anniversaries, events, dates and activities. The session was opened with musical performances and a performance by students of the high school “Ilija Nikolovski Luj” – Skopje and were shown videos with significant activities that marked 2016. At the event were awarded in forms of plaques, the 16 Red Cross Branches that met the plan in blood donation: the Red Cross Branch Center, Sveti Nikole, Veles, Vinica, Gazi Baba, Shtip, Kriva Palanka, Valandovo, Kavadarci, Delchevo, Struga, Negotino, Kratovo, Probishtip, Krusehvo and Bitola.

By the Secretary General  Mr. Sait Saiti there was presented “The poll for the Macedonian Red Cross”.