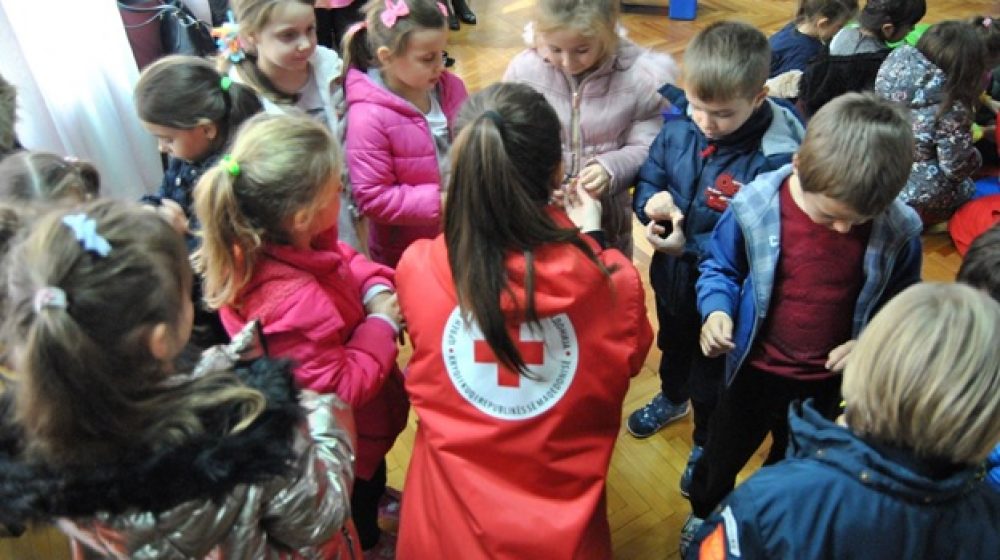 Simulation exercises on evacuation for kindergartens in Skopje and Gevgelija

Within the framework of the Program for Disaster Preparedness and Response, with the financial support of UNICEF, in November 2017, the Macedonian Red Cross started the implementation of a project aimed at preparing the educational staff for acting in conditions of natural disasters in order to reduce  the risks that kindergartens and primary schools can face in Gevgelija, Kumanovo and Skopje

Within the final phase of the project, the simulation exercises for evacuation of personnel and children in kindergartens and primary schools are under preparation, through which we will check the acquired knowledge during the conducted trainings for protection and self-protection, and at the same time practical we will check the panic signaling and its use and functioning

On the territory of Gevgelija, the following simulation exercises were held: Kindergarten Detska Radost.

During the simulation exercises, the staff of the kindergartens in coordination with Macedonian Red Cross Branches and the first aid teams of (Centar, Karposh, Chair, Gazi Baba, Kisela Voda and Gevgelija) implemented the procedure for protection and self-protection in case of a disaster, evacuation as well as providing first aid through game.