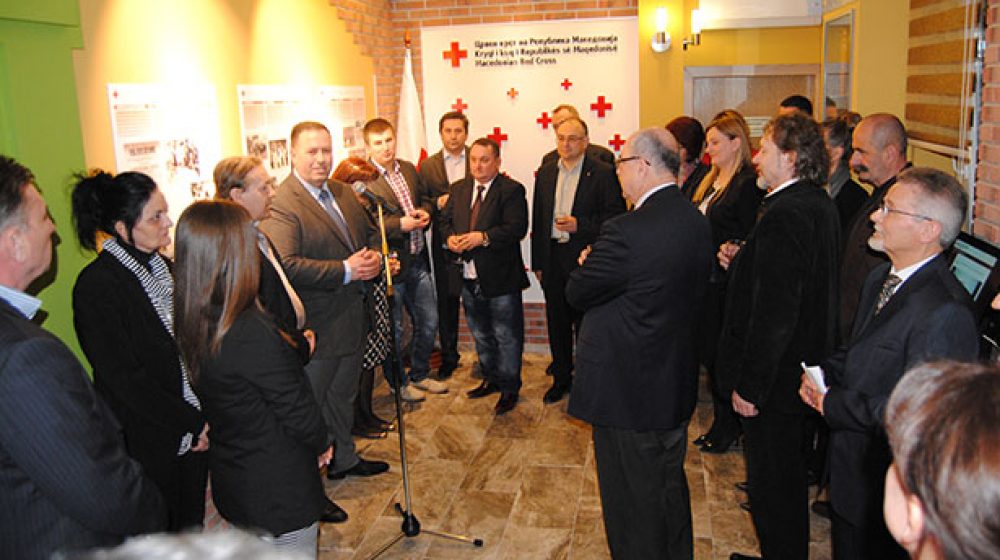 OPENNING OF MUSEUM PRESENTATION OF MRC

Macedonian Red Cross ahead of the marking of 70 year anniversary from its institutional founding on 17th of March, yesterday on 16th of March in the headquarters of the Organization in the presence of guests, representatives of National societies of the Red Cross there was an official opening of a museum presentation for the most meaningful markings since the Macedonian Red Cross founding until today.

In his address the Secretary General PhD. Sait Saiti expressed gratitude to the representatives of the delegations from the National societies and the donors EVN AD Skopje and KNAUF. Special gratitude was expressed towards professor PhD Krste Bogoeski and Mrs. Zoja Bogdanovska from the Skopje Museum for their contribution in the research and preparation of the museum presentation and a brochure for it. Prof. Bogoeski has presented the exhibited materials and thanked all that were involved in the process.