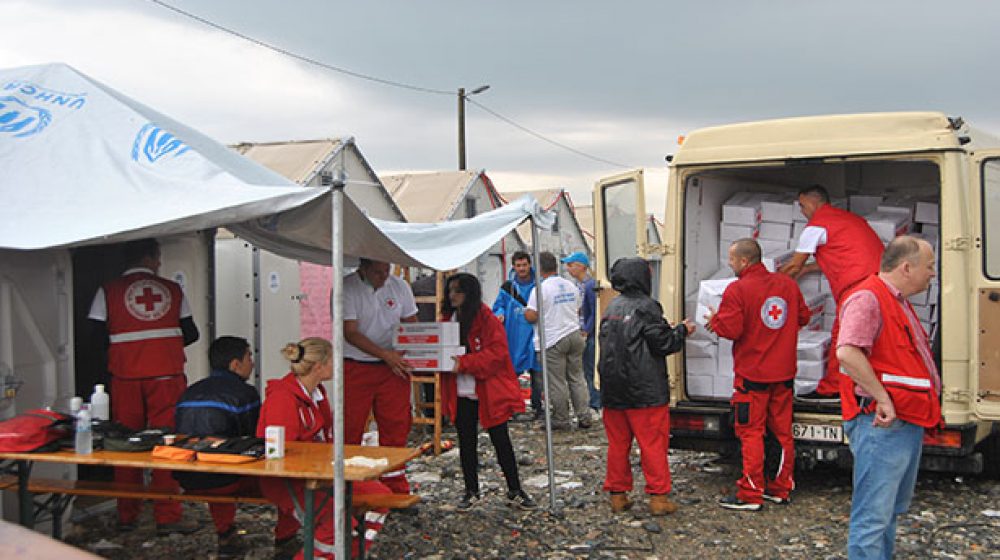 This project is funded
by European Union

On 13.04.2016 in the premises of the Macedonian Red Cross held its first initial meeting within the project “Taking action for social inclusion of older people”, financed by the European Union. The purpose of the meeting is to present the objectives of the project, based on which activities will be implemented in the next three years in Macedonia and four countries in the region, Albania, BiH, Montenegro and Serbia.

Project launched in February this year  coordinated by the Red Cross of Serbia, supported by the Austrian Red Cross, in Republic of Macedonia the project  implementation will be  done by the Macedonian Red Cross  and Association  Humanost , in cooperation with the Institute for Social Affairs and the Ministry of Labour and Social Policy.

The project aims to improve the capacities of civil society organizations   members of the network, to increase public awareness and subsequently influence in decision-making processes for social inclusion of older people in the Western Balkans on national and regional level.

Macedonian Red Cross  together with the Association Humanost, in collaboration with the Institute of Social Affairs and Ministry, will be able to achieve and develop cooperation with other civil society organizations from Macedonia that will form a network of CSOs and all together in the coming period will give contribution to the processes of policy and decision-making for  social inclusion of older people in the country.

Due to the complexity of the EU’s aging population and the need for it to be observed within the overall socio-economic processes in Macedonia, but also with strategic commitments arising from our international standing and aspirations to join the European Union, the Republic of Macedonia adopted the National Strategy for older people , for identifying priority areas and objectives for action to improve the quality of life of older people.

With a high percentage of older people in  Macedonia lagging behind in the face of numerous problems related to the aging population, as well as numerous challenges arising from the current economic and social conditions. The health and social status of older people, education and the pension system, constitute important parameters in determining the quality of life of older people. For successful implementation of the National Strategy for elderly , the Government of Macedonia established national coordinating body to monitor and evaluate the implementation of the Strategy.

Macedonian Red Cross  and Association  Humanost   appreciation  the interest for  cooperation and support of the Institute  of Social Affairs, the Ministry of Labour and Social Polices, UNFPA, and CSOs to engage and be part of the implementation of the project which will allow it to strengthen the capacity of CSOs to be actively involved  through advocacy, lobbying and monitoring activities at national and local level, will make a significant contribution to addressing the challenges faced by older people. By creating a network of CSOs will be able to participate in political dialogue in order to influence the processes of policy development and decision making to improve the quality of life of older people in Republic of Macedonia.

This project is funded
by European Union