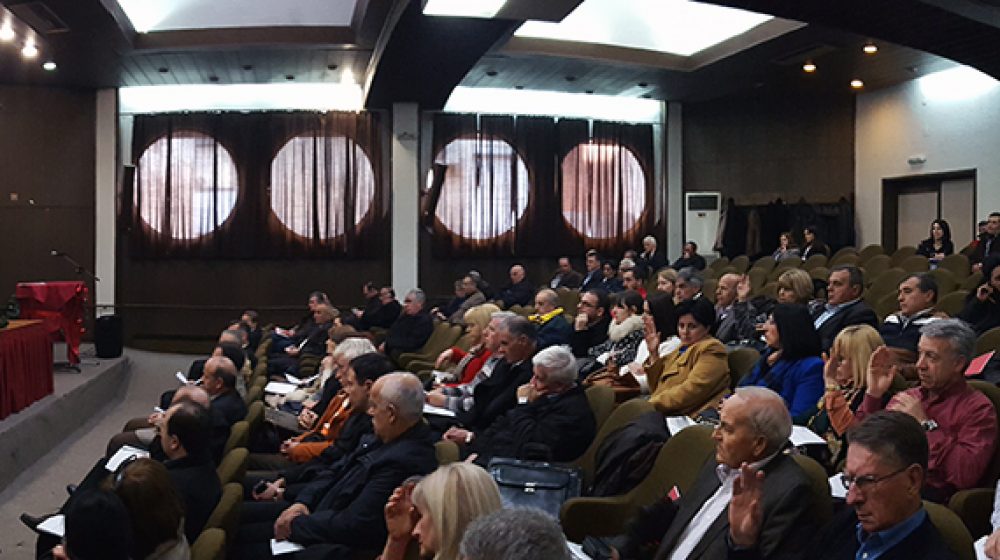 On 24 December 2015 the Macedonian Red Cross Assembly held its 8th and last session for the current year, within its mandate term 2012-2016. The session took place in the Centre of Humanitarian Organisations “Dare Dzambaz” – Skopje.

The year that is passing has marked many important anniversaries, events, dates and activities. Short films were presented during the session, showing part of the most outstanding activities performed.

Photos have been exhibited in Dare Dzambaz Centre Hall, presenting part of the key activities, on the occasion of the 20th anniversary of the international recognition of the Organisation.
In its official part, the Assembly discussed, inter alia, the 2016 Operation Programme and the 2016 Budget of the Macedonian Red Cross.

The Secretary General, Mr. Sait Saiti, Ph.D. reflected on the events characterising the year of 2015 and presented these documents, as well as future trends and priorities for the Organisation, while being interviewed by the journalist Biljana Debarlieva.

The participants attending the session posed questions on future activities in the area of volunteering, project operations, the cooperation with the corporate sector, as well as questions on the most burning issues regarding the migrant crisis.

Before closing the session, the President of the Macedonian Red Cross, Mr. Milcho Trajkov, Ph.D. thanked the Assembly members for their valued contribution and wished them happy New Year and Christmas holidays.