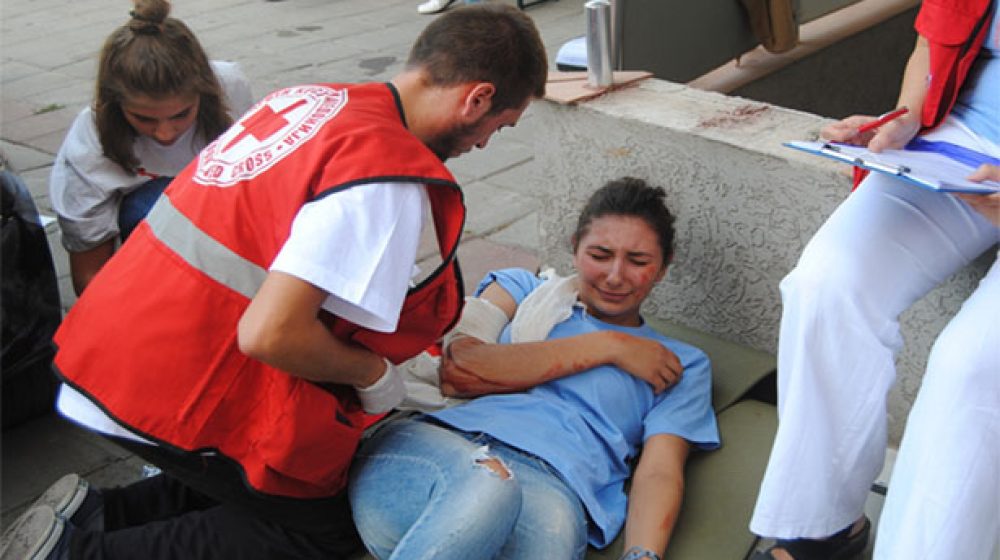 In organization of Macedonian Red Cross and the Red Cross branch Kriva Palanka was held the XXIV National competition in First aid under the motto “First aid during migrants’ crisis”. We are facing many challenges as well as the migrants that are transiting through the country that are needed of providing first aid, and the Red Cross I up for this challenge. The competition had an objective to promote the first aid among the young population and abroad, highlighting the component that is of priceless value for providing safer day, At the competition there were 25 teams from the Red Cross branches. Besides the points with simulated injuries there were also dissemination and fun points. First place on the first aid competition was the team from Kisela voda, followed by the teams from Kochani and Gazi Baba, while the first place in the dissemination was the team from Bitola. The competition was opened by the President of the organization board D-r Ognen Kostovski, and the awarding for the winners was from the President of the Red Cross Branch Ms. Zaklina Cvetkovska and the Secretary General of Macedonian Red Cross Mr. Sait Saiti.